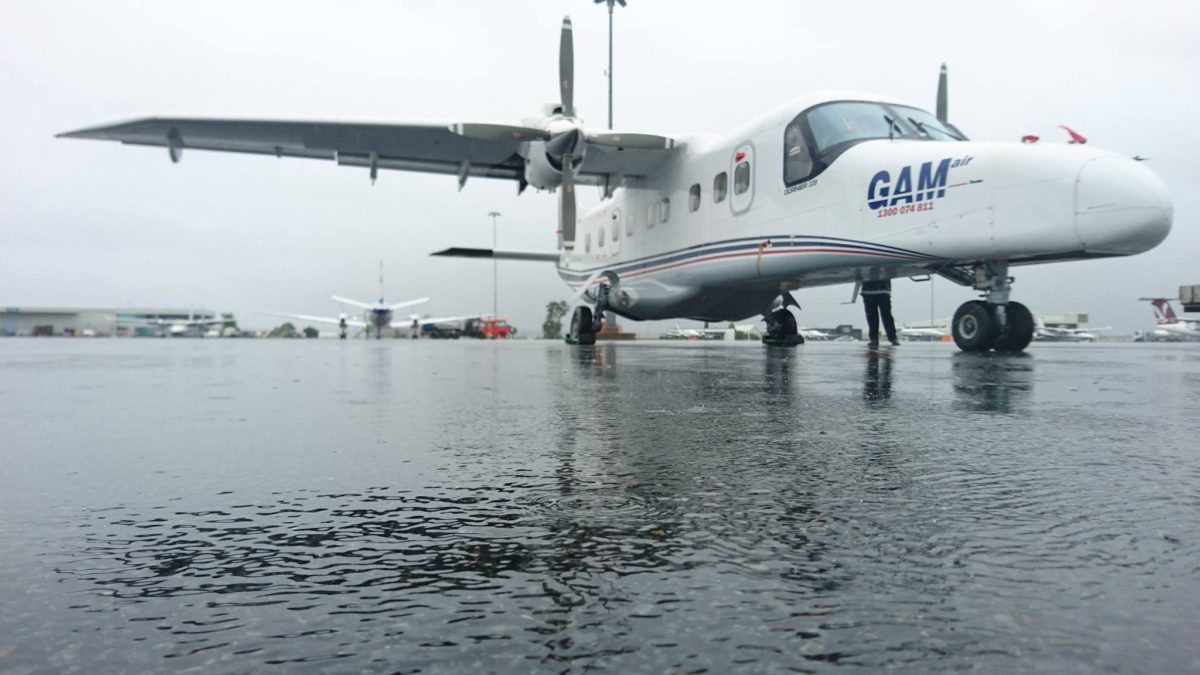 A yacht capsized and went missing off the coast of South Australia. The country’s search and rescue agency contacted GAM Air pilot Josh Ewing directly while he was doing a freight run. He was called on to help because he was flying near Port Lincoln and was within the vicinity of the search area.

Search and rescue aircraft had been scouring the ocean looking for the capsized yacht and crew, but it was the Aero Commander that successfully found them.

Ewing provided the authorities with the capsized yacht’s exact position, so the crew – who were clinging to the side of the vessel – could be rescued. Officials from Australia’s Maritime Safety Authority later thanked Ewing personally.

Australia’s Maritime Safety Authority recently decided to replace its Dornier 328 search and rescue aircraft with Bombardier Challenger aircraft. The decision was quite controversial.

The fact the Challenger is a business jet means it is a faster aircraft than the Dornier 328 and can get on station quicker. The aircraft also has more range.

But the fact the Challenger is a faster aircraft and is powered by rear fuselage-mounted jet engines, means it is harder to deploy a safety-raft close to where people in the sea are stranded.

With turboprop aircraft, such as the Dornier 228 and 328, it is easier to accurately deploy a safety-raft, because the aircraft can loiter at low speed. Also, unlike the Challenger aircraft, there is nothing to obstruct items coming out the aircraft’s rear door. Turboprop aircraft are slower than jet aircraft, but the Dornier 228 and 328 are relatively fast turboprops. The 228, for example, has a maximum cruise speed of 223kts, the fastest cruise speed of any 19-seat turboprop.

The fact that the 228 is powered by turboprop technology, rather than jet engines, means it has a much lower fuel burn. The Challenger, because it is a bigger aircraft and can carry more fuel, has an endurance of 8 hours. But interestingly, the Dornier 228 has endurance of up to 10 hours, because even though it carries less fuel, it also burns much less.