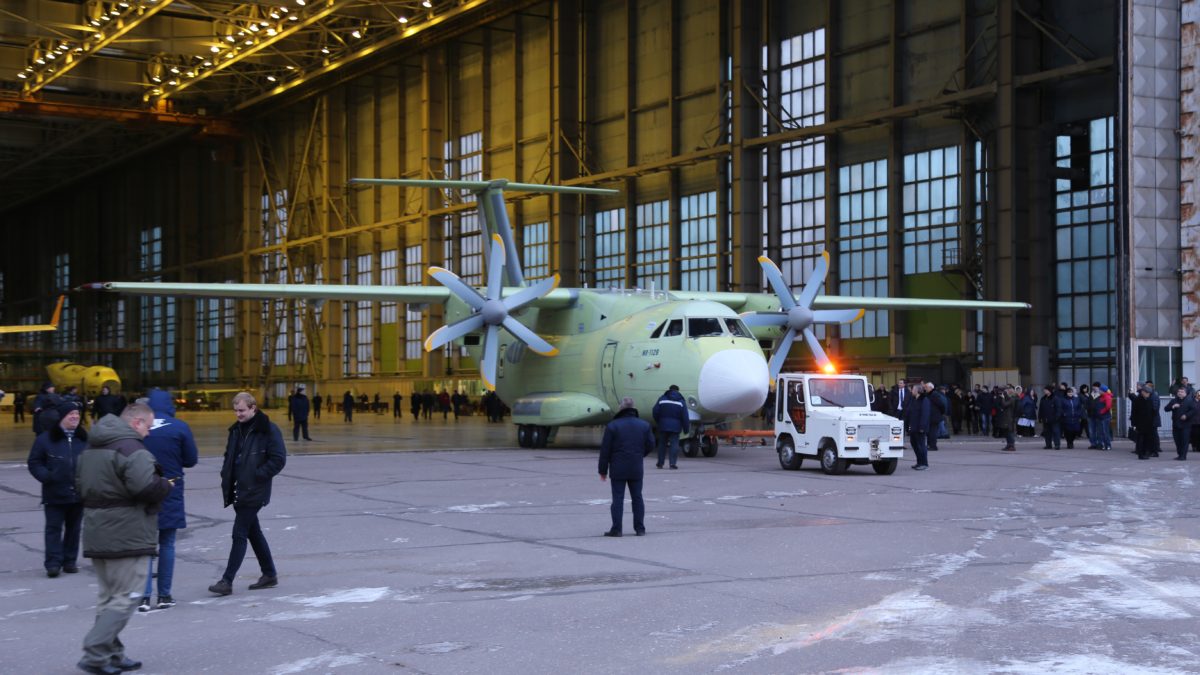 UAC rolled out the aircraft from the Ilyushin plant in Vorenezh, south of Moscow. The aircraft has a high wing and is powered by two Klimov TV7-11ST turboprop engines.

The aircraft-maker says the new aircraft mainly replaces the old Antonov An-26 that was designed in the 60s. The new aircraft meets current ICAO noise and emission requirements, as well as has all-weather capabilities, it says.

The Il-112V will be used for military cargo but can also carry up to 50 passengers, or 26 armed paratroops. UAC adds that it also plans to develop a civil variant of the aircraft.

According to UAC, it has a maximum take-off weight of 21t, inclusive of a payload of up to 5t. With a 3.5t payload, its range is rated for 2,400km. UAC adds that this improvement on the An-26’s range is due to a more fuel-efficient engine.

UAC says the unveiled prototype is undergoing performance and flight-handling trials. A second prototype being built now will be used for strength and fatigue tests, it says.