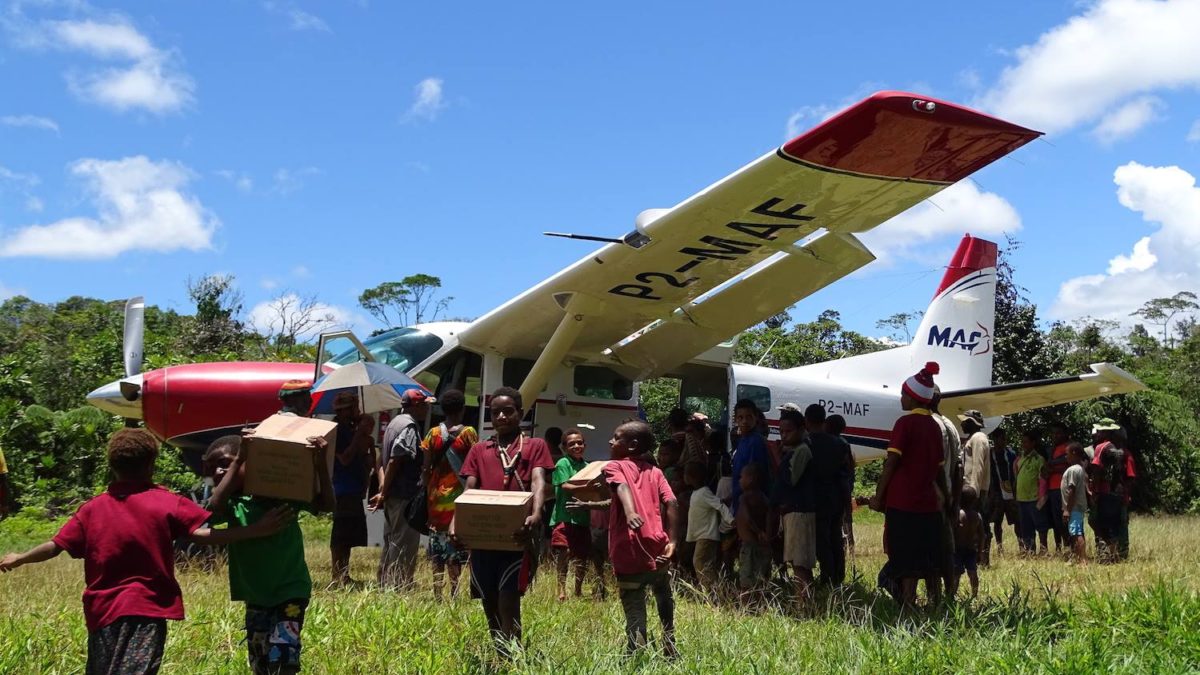 Servicing the remote regions of Papua New Guinea (PNG) continues to be an everyday challenge for Mission Aviation Fellowship (MAF) because of pilot shortages, complicated aircraft logistics and limited infrastructure.

“The situation is that here at MAF, pilots are required to raise their own support from families, churches, friends, etc. Due to the global pilot shortage, airlines are offering experienced pilots very large salaries.”

“When an experienced pilot considers having to raise their own personal support to fly for MAF, versus being paid a nice salary with an airline, the decision is often toward the airline.  As such, it is very hard to get highly qualified twin-engine rated pilots to fly the Twin Otters on a missionary compensation package. ”

“On the GippsAero Airvans, they have served us well but can only take avgas, which is difficult to work with logistically.”

“We serve 212 airstrips in extremely remote areas and operate 40-45 flights [per day], over six days a week. In 2018, we served 36,000 passengers and 1.8 million kg of cargo. Leaving aircraft on the ground because of things like maintenance is definitely not ideal,” Aebischer adds.

Aebischer says he hopes the reorganised fleet will increase the aircraft flying each day from 53 percent of the fleet now to 75 percent of it in the future. This will help MAF PNG serve rural communities more reliably, he adds.

MAF PNG is one of the earliest air operators in the country, beginning services in 1951. The PNG charter mainly supports local development and missionary work, using aircraft to perform medevac, carry aid staff and essential supplies such as vaccinations.

Aebischer adds that MAF PNG takes a holistic view to development: the aircraft are also used for some commuter travel as well as to carry agricultural produce such as coffee from the remote regions to markets in larger towns. Such services are transferred to operators like charter airline Tropicair when regions become developed enough to support commercial routes, Aebischer says.

But Aebischer stresses that such successes in development are difficult to achieve in PNG, where difficult terrain and climate are always a challenge to usable infrastructure. For instance, organisations such as the Asian Development Bank note that the number of rural roads in good condition may even have dropped over the years, further restricting rural access to the markets.

Aebischer says this is why rural air services like MAF PNG are efficient. Local authorities are also starting to appreciate the benefits of the regular milk runs, and over the past year have provided subsidies to lower seat costs from about 280 kina (US$83) to 65 kina (US$19).

The Mount Hagen-based non-profit is also critical in times of emergency. MAF PNG was the first organisation in the air during the 2018 earthquake which killed 200 people, Aebischer says, adding that it quickly sent survey images taken from its aircraft to the MAF US base for GPS tagging. These geotagged images were then used by the PNG authorities for assessment of relief operations, he says.

Abeischer says MAF PNG coordinates closely with the rest of the global organisation, which sees one of its aircraft taking off or landing at an average of once every 4.5 minutes. MAF makes centralised operational decisions such as aircraft purchases in response to its chapters’ needs, he adds.

“This makes sure we are providing the best services possible with the resources we are gifted,” Abeischer says.