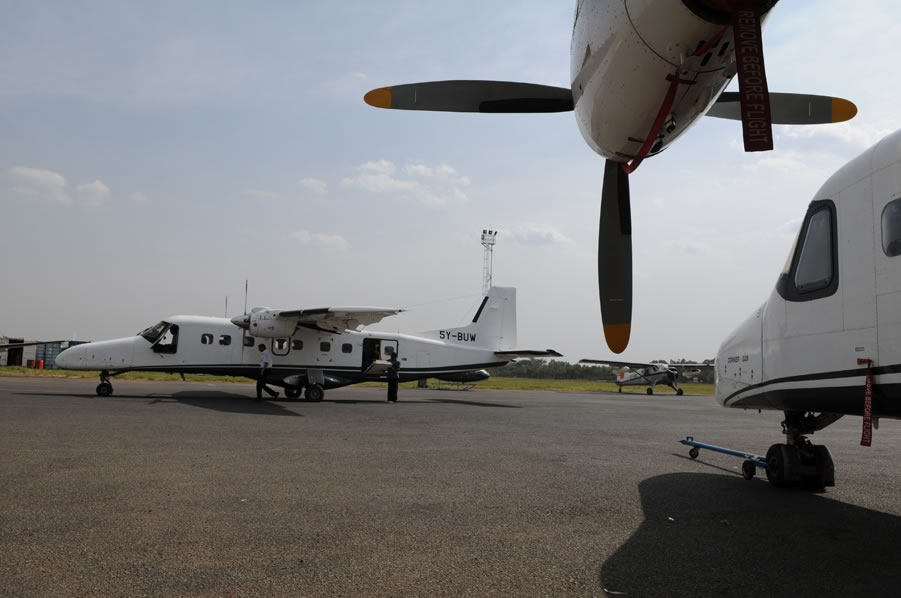 It operates Dornier 228 flights on behalf of many non-government organizations (NGOs) ranging from local ones to the leading international humanitarian agencies in Africa. But many missions have recently been halted due to difficulties with cross-border approvals.

KASAS director, Tim Walsh, tells Smart Aviation APAC that while humanitarian flights across sub-Saharan Africa are permitted, it is becoming less feasible because government agencies are taking up to ten days to provide clearances as compared to one or two days previously.

There are also more government officials involved in the approval process, some of whom are not specific to aviation, he adds.

The delays in getting flight approvals has meant the airline has lost many of its contracts with NGOs, says Walsh, adding that nine of its 13 Dornier 228s are parked. For confidentiality reasons, Walsh cannot say which NGOs the airline is still working for.

“Flying is very important in places like South Sudan because for aid workers – getting to a rural clinic – safety and security during the journey are serious concerns. And while we don’t do much cargo, because ground transport is more economical per-kilo for the long distances involved, we do fly time-sensitive medical supplies and samples on the Dornier 228, especially for the most dangerous areas,” Walsh says.

“[With the Dornier 228] there is nothing else in the competition. We looked at other 19-seat unpressurised short take-off and landing (STOL) aircraft but in terms of payload range capability nothing comes close. Our Dorniers fly very difficult 800 nautical mile [sectors] in Somalia, back and forth in one 12hr duty day.”

“We equip them with gravel kits, satellite tracking, satcomm as well as the usual cellphones because security [can be tight]. The Dornier 228 and our crews need to be [self-sufficient],” he adds.

Airlines in Sub-Saharan Africa working for NGOs are typically hired on 24 month-long contracts standardised with stringent safety requirements, Walsh says. NGO contracts usually require high levels of crew experience, including co-pilots’ experience of 100 flight hours on type and 450 flight hours on type for captains, he adds. Walsh says KASAS’ Dornier 228s mostly fly to ICAO-standard airstrips, and each unpaved runway must go through the full safety assessment process before KASAS is allowed to fly there. But these requirements have been nowhere near as difficult as flying through the pandemic.

While some restrictions have been lifted since 1 August, no international staff will travel until a successful COVID-19 vaccine is available.

KASAS’ flight crew are based in Kenya and are then stationed in the various countries in sub-Saharan Africa. But when the crews need to be rotated back to Kenya or out into the field, it has been challenging because authorities now require two to four weeks’ notice when moving personnel across international borders, says Walsh.

Crew also need to come back to Kenya for training.

KASAS recently ordered a Dornier 228 flight training device, from Belgian flight simulator provider EURAMEC, which will arrive by the end of 2020, says Walsh.

“A simulator makes sense because one of our challenges has been getting enough flight experience for crews so they can fly for NGO contracts [with the higher experience requirements]. Like many other operators, we also had trouble with hiring crew but we think the COVID-19 crisis will ease the hiring competition,” Walsh says.

KASAS has also been steadily upgrading its Dornier 228 fleet from the Honeywell TPE331-5 engine to the newer, more powerful TPE331-10, he adds.

“Most of our aircraft are the Dornier 228-212 model. While we aren’t upgrading to the next generation aircraft, the extra 20 knots of the newer -10 engine, is a real advantage for the sort of work we do,” Walsh says.