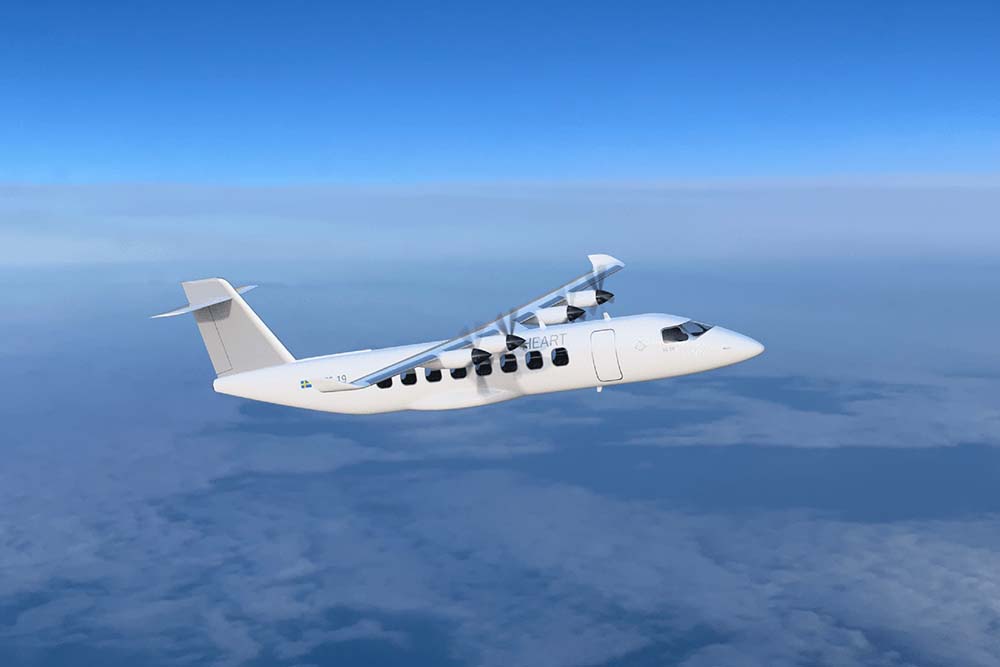 The airline is the first in Asia-Pacific to sign a letter of intent (LOI) to purchase the battery- powered 19-seat ES-19, which Swedish company Heart Aerospace has announced will enter commercial service in 2026.

Andrew Crawford, Sounds Air managing director, tells Smart Aviation APAC the airline decided battery-powered aircraft are well-suited to its network, which typically serves commuters and tourists around the Cook Strait region. The Cook Strait separates the two islands of New Zealand. Taking Wellington-Picton ferry, for example, typically takes about three and a half hours as compared to 30 minutes flying.

Another reason Sounds Air prefers battery technology is it can achieve virtually zero-emission flying using electricity from New Zealand’s electricity grid which is likely to source 99% of its electricity from renewables from 2026, mostly hydroelectric and geothermal, says Crawford.

Hydrogen-electric aircraft can also provide zero-emissions, as the electricity can be powered by ‘green hydrogen’ produced by electrolysis machines powered by solar and wind farms.

In Sounds Air’s case, the need to develop the hydrogen infrastructure, is less cost-effective since New Zealand’s electricity will use electricity from renewables, says Crawford.

Sounds Air is still discussing with Heart Aerospace the infrastructure required at airports for battery charging, Crawford says, who declines to say how many E-19 aircraft they plan to buy.

Heart Aerospace says the E-19 has 400km range but it is working to extend the range of the ES-19 and subsequent electric aircraft to about 2,000km. It says the extended range covers about 85% of aircraft departures across the world, representing about 43% of the aviation industry’s carbon dioxide emissions.

The Swedish startup founded in 2018 most recently received €2.5 million (US$2.9 million) in funding from the EU’s European Innovation Council Green Deal Accelerator Programme.