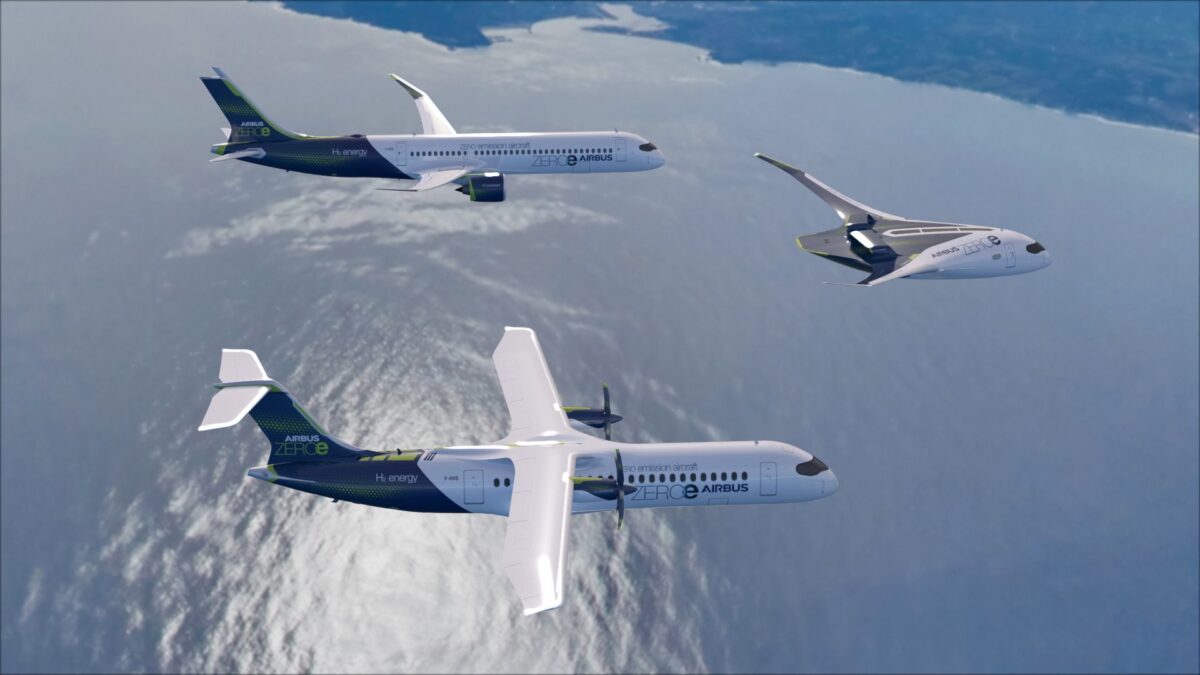 Challenges to overcome, with regards to the adoption of hydrogen-electric and hydrogen-powered aircraft, include making the technology as safe and reliable as existing technologies, as well as scaling up hydrogen fuel production and doing so in a manner that is truly sustainable.

Pratt & Whitney senior vice president of engineering, Geoff Hunt, says: “If you operated just 10% of 2019’s aircraft fleet on hydrogen, it would have taken 90% of the hydrogen produced that year.”

“And 95% of that hydrogen was produced from methane that has its own issues from a climate perspective. The challenge is to producing hydrogen from a green source,” says Hunt. ‘Green hydrogen’ refers to hydrogen generated from electrolysis machines powered by electricity from renewable sources such as solar and wind. Hunt was speaking on panel from the Air Transport Action Group (ATAG)’s Global Sustainable Aviation Forum.

Hunt also says scaling the production and distributing it is another challenge because the aviation industry will require large quantities of hydrogen to meet its energy needs, “as will many of the other sectors that are also starting to pivot towards hydrogen as a fuel source.”

He adds that the technical challenge of hydrogen-powered aircraft, “isn’t the law of physics. It has taken decades to establish the excellent standards of safety, reliability and lifecycle cost that modern propulsion systems provide and the regulatory structure that governs them. It is one thing to use hydrogen or hybrid-electric to generate thrust, it is another to do it in a way that does not compromise in those areas.”

Hunt says the first aircraft to make use of the new propulsion technologies, such as hydrogen-electric, will be general aviation aircraft and regional aircraft. These are aircraft that fly short sectors.

But he also says “80% of the emissions of concern are from flights over 1000 miles, so for ultimate benefit we need to address the large commercial space.”

Hunt says: “Pratt and Whitney, along with other engine-makers, have [already] approved a range of sustainable aviation fuels on our engines on a drop-in basis. However, the challenge there lies with incentives, demand and feedstock for energy providers to scale up production from the current levels of about 40,000t to the 500 million tons that will likely be needed by 2050.”

Group head of sustainability at International Airlines Group, Jonathan Counsell, says: “Sustainable aviation fuels could result in anywhere between 26% and 75% reduction in carbon by 2050. To make this happen we need positive policy support from governments both for R&D – low carbon aerospace technology – but more critically supporting first of its kind sustainable aviation fuel plants.”

Counsell, who also spoke on the conference panel, says the current pandemic has “really brought into focus the need to address the issue of climate change. And we are really seeing positive things happening.”

He says the pandemic has given governments greater impetus to act on the issue and cites the UK government’s launch in July – of a Jet Zero Council – as an example of that.

Christine Ourmières-Widener, advisor to ZeroAvia, says UK government support was instrumental in the company’s decision to develop its hydrogen-electric aircraft powertrain in the UK.

It was announced last year that ZeroAvia received a £2.7m (US$3.5 million) grant from the UK government as part of that country’s Aerospace Technology Institute programme, supported the UK Department for Business, Energy & Industrial Strategy and Innovate UK.