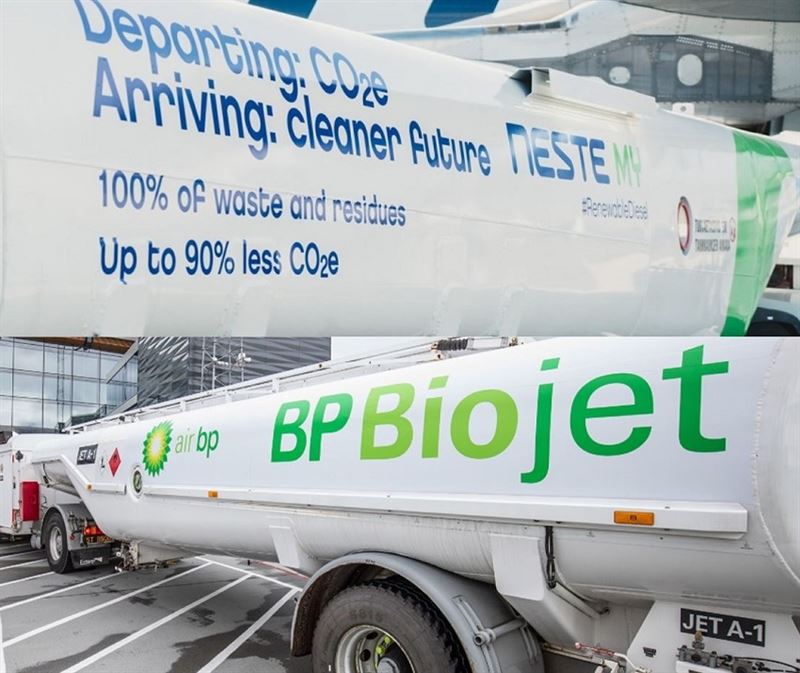 Robin Hayes, CEO of US low-cost carrier JetBlue, says the airline chose SAFs as a focus for the next five to ten years, because new zero-emission aircraft will come later. JetBlue found that SAFs, which are already being used on flights from San Francisco, are a cost-effective way of reducing emissions, he adds.

Another way is having more efficient air traffic control in congested regions, he says, adding that JetBlue has noticed that fewer flight delays – in the current low traffic COVID-19 period – has resulted in lower fuel burn for each flight.

JetBlue recently became the first US airline to achieve carbon neutrality for all domestic flights through the purchase of carbon offsets. Hayes say the airline did this because “customers, regulators and communities want [tangible] action now.”

France’s government has announced that it expects to see a regional aircraft – powered by either hybrid-electric or hydrogen technology – enter service around 2030 and see a more fuel-efficient Airbus A320 aircraft enter service from 2033-2035.

Cueille says conventional turbine powered aircraft will still be the mainstay of the global commercial aircraft fleet in the early 2030s, so Safran is working to ensure the turbines are 100% compatible with alternative fuels like SAFs.

Paul Stein, Rolls-Royce CTO, says disruptive technologies are unlikely to arrive in the short term, and that it first aims for efficiency gains of about 10% using its upcoming UltraFan technology. Rolls-Royce also plans for its engines to be 100% compatible with SAFs, he adds.

Rolls-Royce is also active in disruptive technologies including hydrogen, hybrid and battery-electric, Stein says. Early next year it will attempt to break the speed record for the world’s fastest zero-emission aircraft using its electric aircraft demonstrator ACCEL, he adds.

Raytheon Technologies head of technology and global engineering, Mark Russell, says the company is working on a wide range of carbon-cutting technologies, through improved efficiency, SAFs and hybrid-electric propulsion.

Airbus CTO Grazia Vittadini says hydrogen fuel can be used for about 50% of the journey to a carbon neutral industry.

She says Airbus’ zero-emission hydrogen-powered aircraft will be available by 2035, but that SAFs will also play a part in the journey as well, she adds.

ATR senior VP engineering and head of design organization, Stéphane Viala, says: “ATR has looked at battery technology, but it is not the way to go [as it is too heavy]. We are not carrying enough payload.”

Viala says the only technology they are considering are those using hydrogen.

He says they are looking at hydrogen fuel cells and burning hydrogen in turbines. A challenge we face is producing hydrogen in a ‘green way’ and at affordable cost, says Viala, adding that the other issue is developing the infrastructure to support a hydrogen-powered aviation industry.