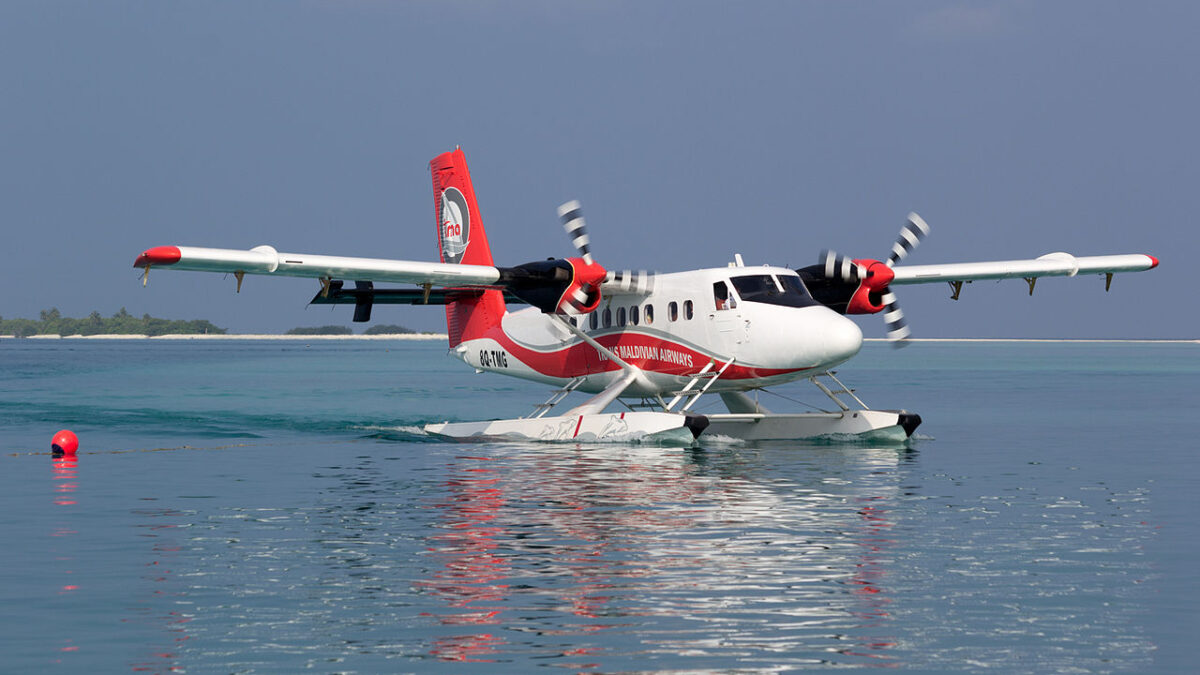 Tourism in the Maldives is staging a gradual rebound since the island nation reopened on July 15, based on bookings with seaplane operator Trans Maldivian Airways and a number of resorts.

A Trans Maldivian official, who declines to be named, tells Smart Aviation APAC that nearly all of the airline’s 57 De Havilland Canada DHC-6 Twin Otter seaplanes are now operating again. The carrier had earlier grounded much of its fleet, with effect from 1 April, because many resorts had announced three to four-month closures.

The airline official says he thinks the recovery in passenger numbers will continue to build momentum as more countries open their borders.

The Maldives remains a one-of-a-kind destination for many wealthier tourists, he says, adding that the airline has steadily grown its Twin Otter fleet over the years despite varying economic conditions.

The Trans Maldivian official says the airline is continuing to develop its business, having recently been contracted to operate seaplane transfers to Radisson Blu Maldives. It is also watching for opportunities to grow its fleet, preferring the Series 300 Twin Otter over the Viking Air model for ease of maintenance in saltwater conditions, he says. The aircraft have proved to be very easy to bring back into service from storage during the pandemic period, he adds.

Trans Maldivian flew over one million passengers last year, says the official. International tourism-reliant Trans Maldivian has been at the mercy of travel restrictions introduced to contain the COVID-19 virus, the worst being the lockdown from mid-March to mid-July, the official says.

Hotels were unable to take bookings during this lock-down period and the only inter-island flights allowed were those for repatriation of stranded tourists, according to the Maldivian government’s announcements.

Local reports say the salaries of the airline’s 900 staff have been halved.

The Ministry of Tourism says the Maldives received about 1.7 million foreign tourists in 2019, or about 91,000 a month.

August this year, the first month since reopening on July 15, there were 5,177 arrivals, says the Maldives immigration authority. The top five sources of tourists were the: United Arab Emirates, UK, US, Russia and Germany. Last year the greatest source of tourists was from: China, India, UK, Germany and Russia, it adds.

The Ministry of Tourism forecasts that the number of arrivals this year will be around 500,000. It predicts that in the last four months of the year, there will be 120,000 tourists because there are strong forward bookings at resorts for this period.

The Ministry of Tourism has pitched the country’s atolls and private islands as less-crowded than most other tourist destinations, with inter-island travel services self-contained and conducive to social distancing.

While the country has reopened borders for all tourists and short-term visitors, entry is contingent on a negative polymerase chain reaction (PCR) test for the virus being shown on arrival at the airport. The testing requirement was introduced after 29 local staff and 16 tourists tested positive at resorts, according to reports citing local officials.