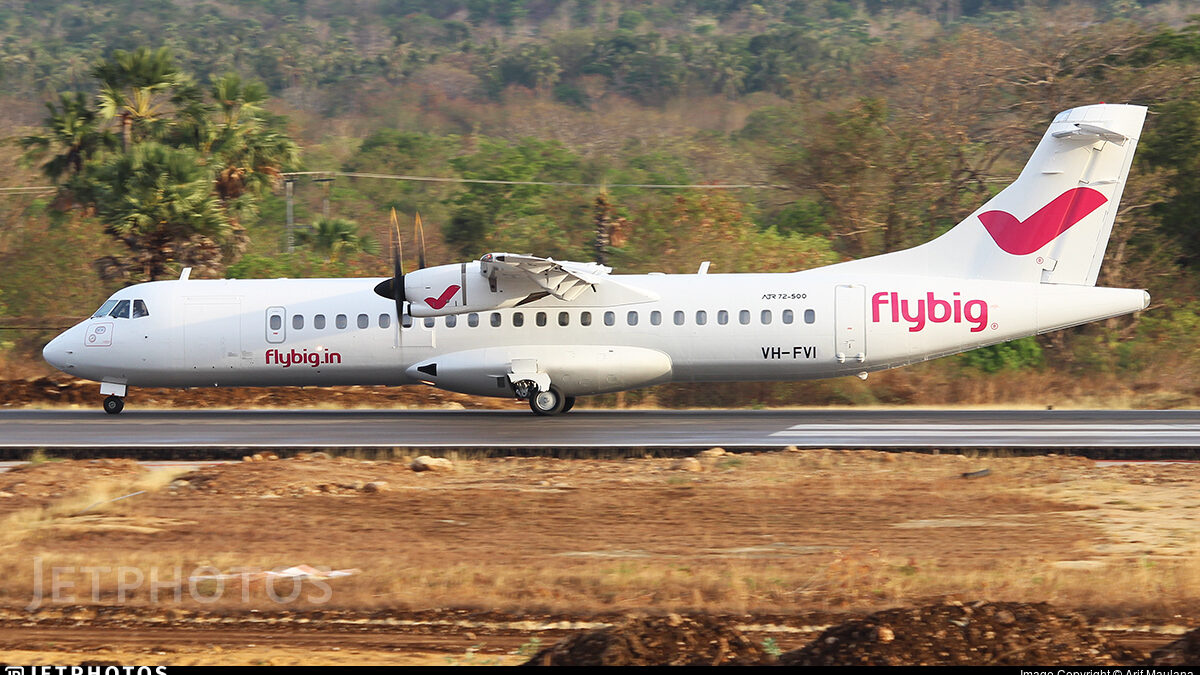 Indian startup Flybig Airlines has taken delivery of its first aircraft, an ATR 72-500, and has begun proving flights from its base in Indore, Madhya Pradesh state, in central India.

The aircraft is the first of two ATR 72-500s that the airline will operate once it gets its air operator’s certificate (AOC), says the airline’s CEO Srinivas Rao in an interview with Moneycontrol.

Flybig’s strategy is to use India’s regional connectivity scheme (UDAN), in which local and national governments provide funding to bridge the viability gap on regional routes, Rao says. The airline will fly from Indore to cities in central India including: Bhopal, Jabalpur, Raipur, and Ahmedabad, he adds.

Pictures of Flybig’s first ATR 72-500 in India still shows its Australian registration number VH-FVI. The aircraft was previously with Virgin Australia, an airline that went into voluntary administration and phased out its ATRs earlier this year.

When the aircraft was at Virgin Australia, it was leased from Singapore-based lessor Avation, according to one of the lessors’ annual reports.

The second ATR 72-500, which reportedly bears registration number VT-FBB, is an ex-Vietnam Air Services Company (VASCO) aircraft that has been held by an Indian aircraft trader since November 2019.