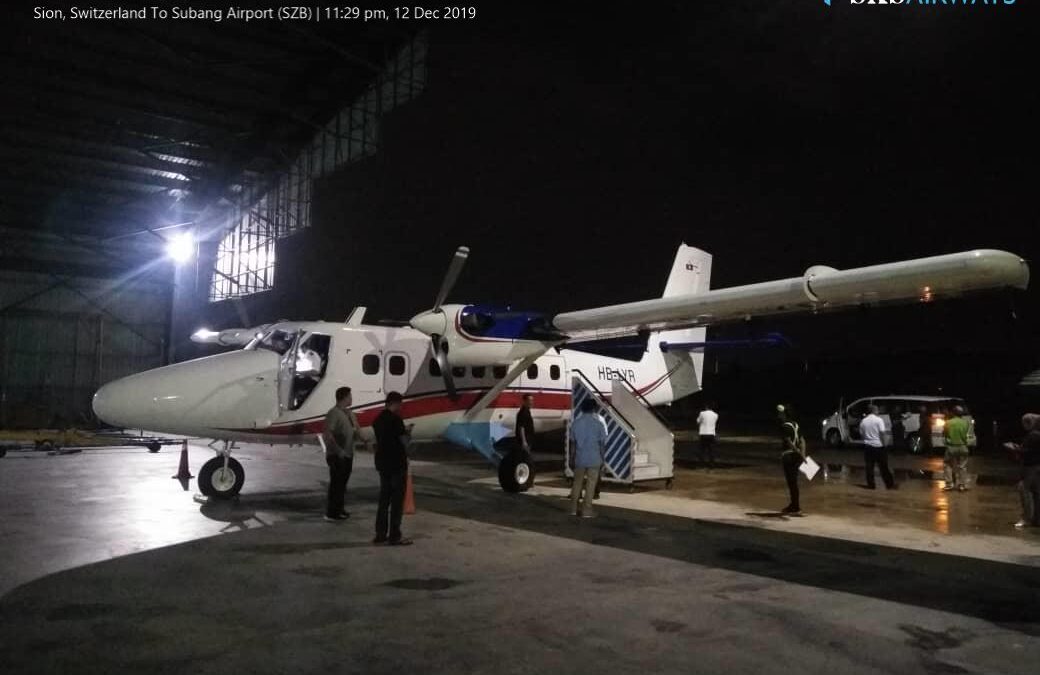 SKS Airways, which is based in the southern Malaysian state of Johor, has received its second De Havilland Canada Series 300 Twin Otter as it prepares to receive its air operator’s certificate (AOC).

The tourism-focused airline has begun training flights and hopes to get its AOC in time to fly its inaugural service in February 2021, SKS Airways’ chief operating officer Ismail Taib, tells Smart Aviation APAC.

Ismail says the airline also plans to fly to Singapore’s Seletar Airport, but cannot ascertain when because of COVID-19 border closures.

“As a new startup, we have the advantage of not having to budget for our international services until we are ready. The domestic tourism market is looking quite good with inter-state travel [relaxed under the Enhanced Movement Control Order (EMCO)]. We’ll look to work on our existing domestic network first and review our growth plans as things change,” says Ismail.

Both Twin Otters were purchased from RUAG MRO International in Emmen, Switzerland, he adds.

When Smart Aviation APAC last spoke to a representative of the airline in 2019, it had planned to begin operations with four Twin Otters.

SKS Airways is a subsidiary of the SKS Group, a property developer that owns malls, offices and hotels in Malaysia and Perth, Australia.

Finally, our second "baby" is delivered!
A very proud moment to remember!https://t.co/Zv2aGY3pjA pic.twitter.com/vFNtfgPWvZ