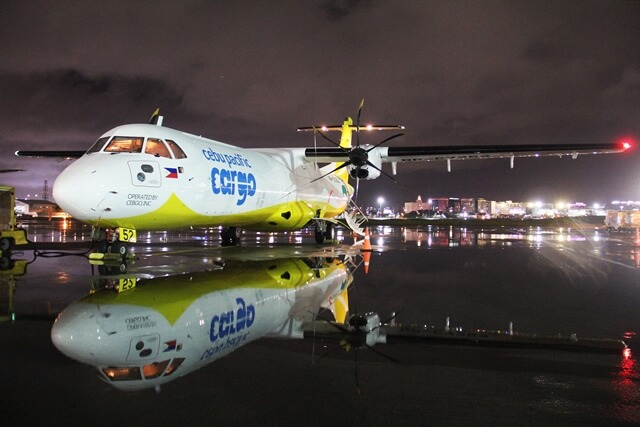 Cebu Pacific Air has taken delivery of its second converted ATR 72-500 freighter, as cargo becomes its main source of revenue.

The second freighter comes at a time when Cebu Pacific is deriving 66% of its revenue from cargo, says Cebu Pacific’s quarterly report for the period ending 30 September.

Cebu Pacific’s passenger revenues dropped 75% year-on-year to PHP11.9 billion (US$247 million) for the first nine months of 2020, its quarterly report says. This is due to travel bans and passengers adverse to traveling, it adds.

The Association of Asia-Pacific Airlines says the regional cargo market remains strong. It says its statistics show freight loads in October, among its member airlines, continued to rise. The average cargo load factor of 72% in October is 10 percentage points higher than October 2019, and marginally higher than August 2020’s 71% as airlines gear up for Christmas.