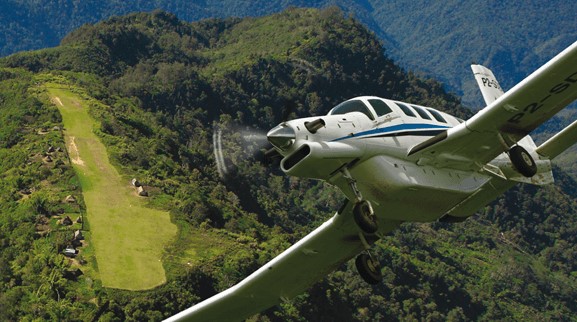 The New Zealand Civil Aviation Authority (CAA) has suspended the certificates of Pacific Aerospace, after it told the regulator it is insolvent, but operators of aircraft made by the New Zealand aircraft manufacturer may continue flying.

The CAA says the aircraft manufacturer notified it on 10 February that it was insolvent, “and as a result, we suspended Pacific Aerospace’s certificates which had previously allowed it to design, manufacture and maintain aircraft,” the CAA says in a statement.

“These certificates require the organisation to be in a financial position to comply with all their safety requirements and this is sadly no longer the case for Pacific Aerospace,” it adds.

The CAA says it has issued a notice to operators of Pacific Aerospace produced aircraft, saying they may continue to operate unless a serious safety or airworthiness issue is identified which would affect all aircraft of that type.

“Normally such issues would be addressed by the manufacturer or another organisation which has responsibility through holding a ‘type certificate’.”

With PAL in financial distress and its certificates suspended, the CAA is reviewing how safety issues involving Pacific Aerospace aircraft could be addressed in future.”

“The CAA will work hard with industry to find a suitable holder for Pacific Aerospace’s type certificates so that [the] aircraft can continue to fly for many years to come.”

Pacific Aerospace is based in the regional town of Hamilton and reportedly has around 100 employees.

The company, which can trace its history back to the 1950s, produces mostly small general aviation aircraft but its most well-known aircraft, the nine-passenger Pacific Aerospace P-750 XSTOL is used by some commercial operators in developing countries such as Papua New Guinea and Indonesia.

It also holds the type certificates for the E350 Expedition, a five-seat general aviation aircraft. The E350 is a defunct Canadian aircraft programme that Pacific Aerospace was working to bring back into production. It also holds the type certificates for some legacy aircraft such as the Cresco, the precursor to the P750, and CT4 Airtrainer, a military primary trainer aircraft that the New Zealand air force used to operate.

The P-750XSTOL program has struggled to generate sales in recent years. Pacific Aerospace’s downfall comes less than a year after Australian aircraft-maker GippsAero shut down. Pacific Aerospace had also been working to develop the F-45, a new single-engine firefighting aircraft.