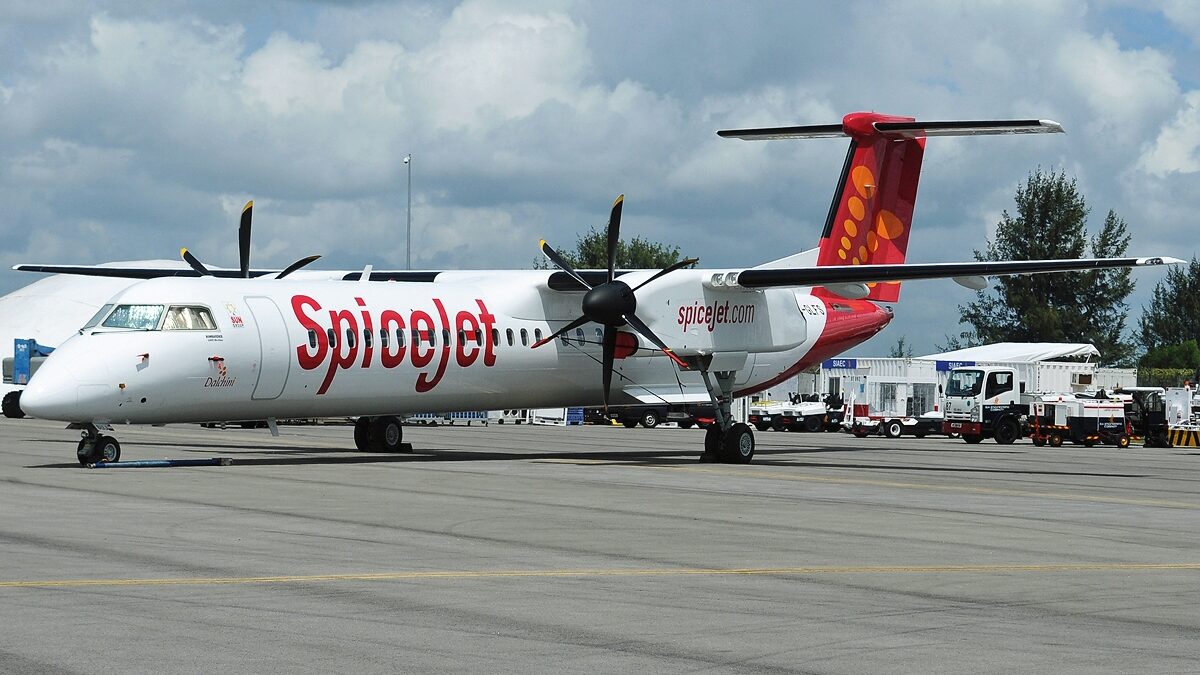 A UK court has issued a summary judgement in favour of De Haviland Aircraft of Canada which had sued SpiceJet for about US$43 million for failing to pay for and take delivery of aircraft the Indian carrier had ordered.

“De Havilland Aircraft of Canada Ltd has today secured summary judgment against SpiceJet, one of India’s largest airlines, on its Commercial Court claim for the sum of approximately US$43 million, plus interest, owing under a purchase agreement for 25 Dash 8-400 aircraft,” the Brick Court Chambers says in a statement. “The Court also dismissed SpiceJet’s counterclaim for damages,” says the chambers which represents the barristers who took on the case for De Havilland Aircraft of Canada.

The court where the case was heard was the High Court of Justice Queen’s Bench Division Commercial Court in London.

De Havilland Aircraft of Canada commenced proceedings for liquidated damages and declaratory relief in February 2020 after SpiceJet failed to make some pre-delivery payments, it says.

“Under the purchase agreement SpiceJet was required to make advance pre-delivery payments (PDPs) for each aircraft a number of months before its scheduled delivery month. If SpiceJet defaulted on the PDPs, De Havilland was entitled to terminate the relevant aircraft and claim liquidated damages.”

“If De Havilland lawfully terminated a total of four or more aircraft, it was entitled to terminate the entire purchase agreement,” it says.

SpiceJet’s defence in court was that because the purchase agreement had later been altered to allow for the delayed delivery of 16 aircraft, it meant PDP payments could also be delayed.

SpiceJet also argued that De Havilland Aircraft of Canada had agreed to help the airline get financing for the aircraft.

Finally, it argued that the court should reject De Havilland Aircraft of Canada’s claim on the grounds it is unenforceable.

Brick Court Chambers says the UK court rejected the three arguments SpiceJet put forward. “After a two-day hearing before Sir Michael Burton GBE, the Commercial Court handed down judgment by which it rejected each of SpiceJet’s three defences,” says the barristers’ chambers.

A spokesperson for the Indian carrier told India’s Business Today magazine that the UK court has agreed to let the airline appeal the decision, something the airline will be doing.

The magazine also highlights De Havilland Aircraft of Canada will need to apply to the courts in India to have the UK court’s summary judgement enforced.

SpiceJet had ordered 25 Dash 8-400s in September 2017 with purchase rights for 25 more. It was touted in the media at the time as the single largest order ever for Dash 8-400s.

Bombardier owned the Dash 8-400 program at that time and subsequently sold the program to Longview Aviation Capital in June 2019.

The UK court judgement reveals the original delivery schedule was for five aircraft to be delivered to SpiceJet in the September-December 2018 period followed by one aircraft each month. The 25th aircraft was originally due to be delivered in August 2020.  It also shows PDPs were due one year before delivery, with regards to aircraft six to 25.

Aircraft number one to five ended up being delivered in April-May 2019, something that was mutually agreed between SpiceJet and the aircraft-maker, reveals the court judgement. First five aircraft were financed by Canadian aircraft lessor Chorus Aviation, it says.