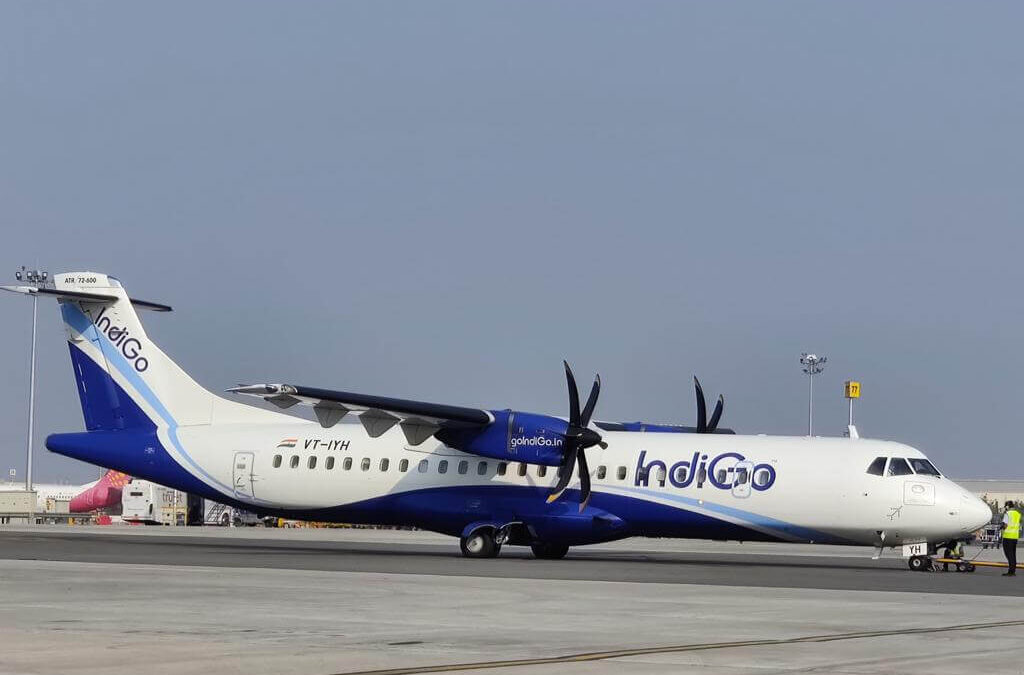 The thrice-weekly service, that launched under the UDAN Regional Connectivity Scheme (RCS), uses an ATR 72 says local news reports quoting the airline.  Mysuru, also known as Mysore, is a historical city in the southern Indian state of Karnataka.

The Mysuru-Chennai route were previously operated by regional airline TruJet, but was later discontinued.

Mysore airport director R. Manjunath told local newspaper Star of Mysore that there is a daily demand of 60 to 70 passengers for this route, and since TruJet failed to respond after the airport operator reached out, they approached Indigo instead.

Trujet is an airline based in Hyderabad that has downsized its fleet after experiencing financial difficulties.

“Apart from regular travellers and businessmen, there is a huge demand for Chennai flights as it will help hundreds of people visiting the United States consulate in Chennai for visa purposes,” he says.

Travelling time for the flight is under two hours but overnight train rides can take up to eight, illustrating the market potential for the flight route.

Indigo launched a similar service back in March, but the plans were put on hold due to the second wave of pandemic hitting India.

The airline is India’s largest domestic airline, with the biggest passenger market share. It was expanding internationally prior to COVID, but has since refocused its growth efforts on the domestic market.