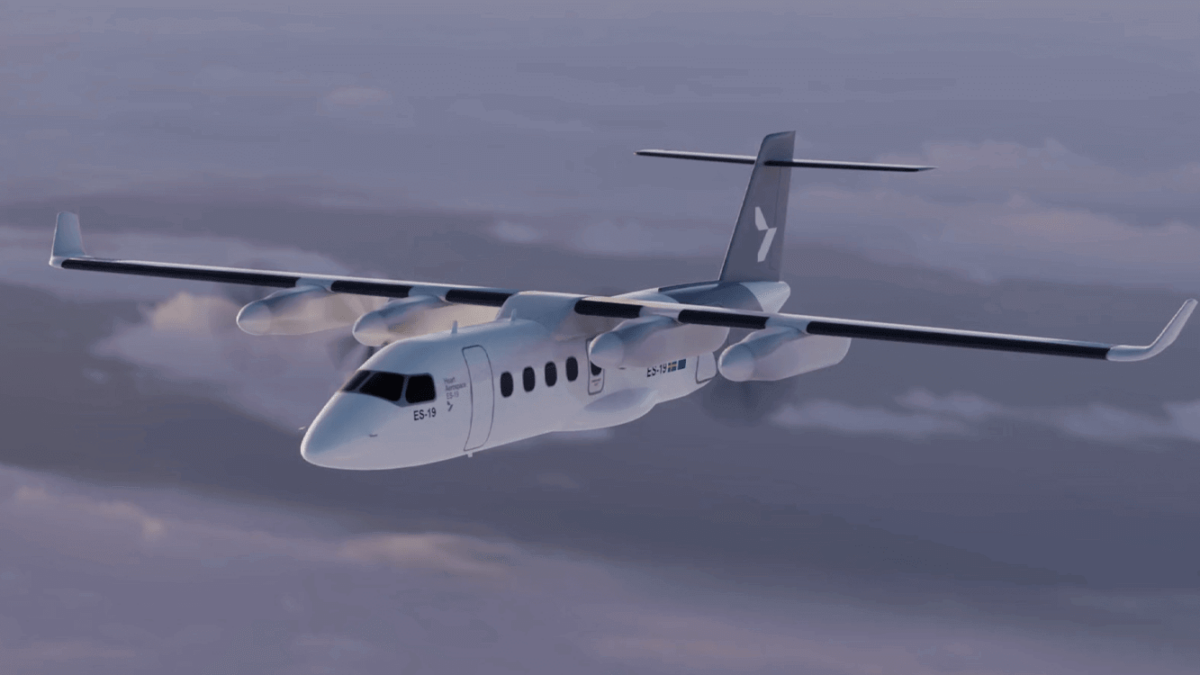 Andrew Crawford, Sounds Air managing director, tells Smart Aviation Asia Pacific the airline is liaising with Swedish company Heart Aerospace for the acquisition of battery-powered ES-19 aircraft and will be the launch customer for Australasia, making it the first airline to pioneer electric commercial aviation travel in this region.

Sounds Air signed the letter of intent (LOI) with Heart Aerospace last year to purchase the ES-19, with goals to enter commercial service in 2026.

While the airline has yet to place a firm order, Crawford says it intends to get three ES-19s as a start and operate these on the Wellington-Blenheim and Wellington-Nelson routes.

“They are the shorter routes, we also have great support from the airports, so we just need to set up the charging ports at each base and get the infrastructure up and running,” he adds.

He says the aircraft will first be certified by the European Aviation Safety Agency (EASA) and the plan is for the Civil Aviation Authority of New Zealand to then validate this certification so the aircraft can operate in New Zealand.

Crawford highlights that the first batch of electric aircraft will have 400km range, which is plenty for the close regions but the airline will require longer range to serve the other routes. But he says he anticipates that will be achieved as battery technology is constantly evolving and improving.

The ES-19 aircraft can seat up to 19 passengers and each passenger can have up to 20kg of luggage, he adds.

In Sounds Air submission, the airline said it is committed to fully decarbonise its air services across its regional network by 2026.

But Crawford says 2030 is the deadline the company is working towards and it is unable to achieve the goal in 2026 because that is when the ES-19 program is due to achieve its first entry into service globally. He says Sounds Air aims to receive its first ES-19 in 2026, but it depends on the aircraft program.

On the topic of sustainable aviation fuels (SAF), such as bio fuels, he says this is not something they are looking closely at the moment. He adds, rather than Sounds Air take the lead on the issue of SAF, they would look to the engine maker for guidance.

“We cannot put biofuels in if it is not suited (for the engine),” he stresses.

Crawford says the airline is striving to achieve an all-electric aircraft fleet, and its main focus will be in this direction.

He says most of New Zealand’s electricity supply is already powered by renewable energy and the country aims to get to 100% in 2030.

“That is part of the attraction for us as the power we are putting in (the battery) comes from a renewable energy source, ” he says.

In terms of the current pandemic and impact on the airline’s current operations, Crawford says the airline’s fleet is completely grounded due to the hard lockdown the government has imposed. The airline is only allowed to operate essential services now, but currently has none planned, he adds.

New Zealand prime minister Jacinda Ardern has put the country in lockdown since 18 August midnight local time, after a new infected case was found in its largest city of Auckland, the country’s first in six months, say local news reports.

The prime minister subsequently extended the strict level four lockdown until midnight on 27 Aug, while Auckland, the city where the positive case has been to, will have the restrictions until 31 August.