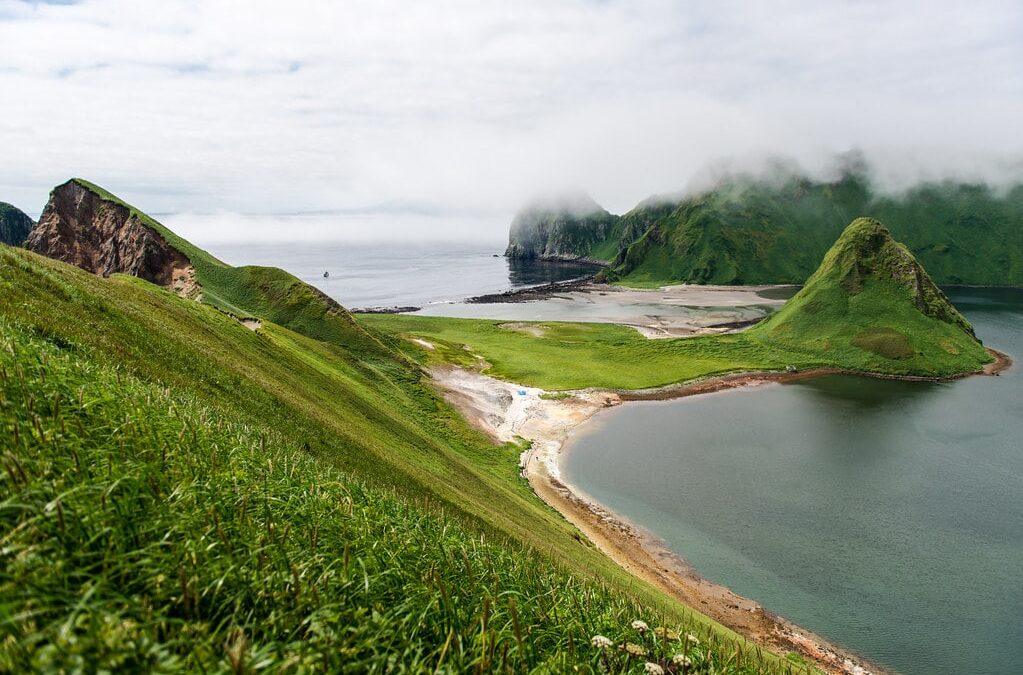 Local news site Ruscable.ru says Glavgosexpertiza, an organization that comes under Russia’s Ministry of Construction, has come to a positive conclusion about the first-phase of construction, which is to be completed within five years.

The first phase involves building a 625m-long (2,050ft) runway, a connecting taxiway, aircraft parking area and other infrastructure necessary for take-off and landing operations, says the report.  The concrete airstrip will be built on the northern part of the island in the urban district of Severo-Kurilskiy, the same site that currently has a helipad, it says.

The developer of the new airport is Yuzhno-Sakhalinsk Airport and financing is expected to come from the budget of the Russian Federation, the report adds.

Yuzhno-Sakhalinsk Airport is an international airport on Sakhalin Island, the large Russian island north of the Kuril archipelago.

The report quotes Glavgosexpertiza as saying it anticipates there will be up to 300 take-offs and landings per year at the new airport using 400 Series Twin Otters.

Ruscable.ru says, besides passenger transport, the airport can also be used by medevac and emergency aircraft. The concreate airstrip will also be designed to withstand the weight of Mil Mi-8 helicopters.

The report says there is a second stage of development at the new airport that involves building an apron that can accommodate two Twin Otters and one Mi-8 helicopter, installation of lighting, air traffic control, radio navigation and other infrastructure to ensure flight safety.

Paramushir Island is famous for its scenic mountain landscapes and volcanoes.

It is the second largest island in the archipelago of the Kurils, a chain of islands that run from the Japanese island of Hokkaido at the southern end to the Russian Kamchatka Peninsula at the northern end.

They form an island border that separates the Sea of Okhotsk from the Pacific Ocean.

Russia and Japan are in a territorial dispute over the ownership of four of the southernmost Kuril islands, namely: Iturup, Kunashir, Shikotan and Habomai Islands.

It was reported in 2019 by media outlets that Russia had moved missile systems, with a range of 300km (186mi), from the Kamchatka Peninsula to Paramushir and Matua islands, in a bid to strengthen its defense capabilities in the region.