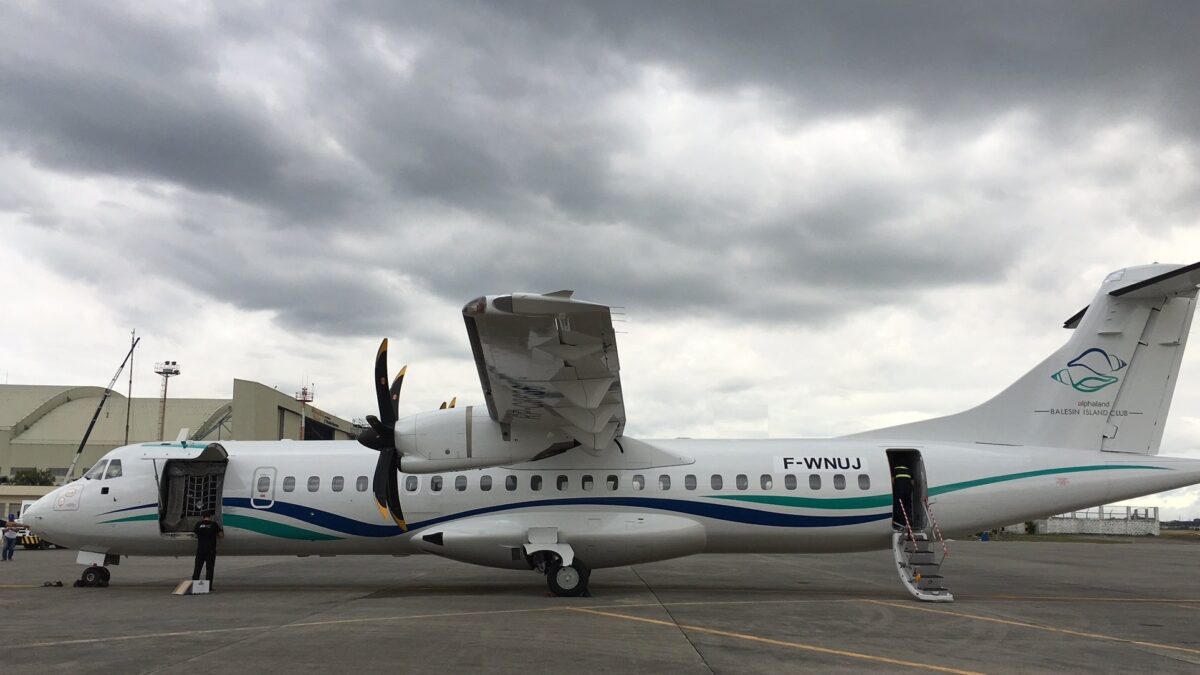 Philippine air charter operator and resort owner Alphaland has received regulatory approval to operate from Manila’s Sangley Point Airport to Balesin Island, with the flights to commence this weekend.

Asperin says operating to Balesin island from Sangley gives passengers more leeway in terms of timing and relieves some congestion at Manila’s Ninoy Aquino International Airport (NAIA), which is the main airport serving Manila. Now that passenger traffic is starting to recover, congestion at NAIA is reportedly set to become an issue again. Prior to COVID-19, NAIA had the distinction of being one of the most slot-constrained airports in Asia.

“For general aviation [charter] operations, we are only allowed to use NAIA from 10:00hr to 14:00hr and 19:00hr onwards, unless there are flight slots that free up. The dilemma here is that travellers who want to come to Balesin Island wish to do so in the morning or afternoon, so that they can spend the whole day at the resort. But because the flight slots at NAIA are limited, this creates an issue, which is where the new route as an alternative can come in,” he explains.

Asperin says the country’s COVID-19 restrictions are gradually lifting. He says he foresees an increase in travel demand for the upcoming holiday season. Alphaland plans to increase its flights for the December-January period, he adds.

Sangley Point Airport, which is close to Manila’s city centre, is primarily an airbase for the Philippine navy, but the Philippine Government has announced that it wants Sangley airport to be the main base for commercial turboprop aircraft, so as to relieve congestion at NAIA. The authorities are actively encouraging turboprop operators to move their operations there.

Asperin says Alphaland, as of now, will be the only passenger carrier operating out of Sangley, so there will be no issue increasing flights from there, as compared to NAIA.

“Sangley Point Airport is very accessible from the metropolitan area via the roads, and the airport has a completed terminal with facilities. The travel time from Sangley Point Airport to Balesin Island is around 25 minutes, which is only a few minutes of difference as compared to the NAIA route,” he says.

As for whether the company will transfer more of its flights to Sangley Point Airport, Asperin says the company has yet to make a decision on this.

Some other Philippine turboprop operators have used Sangley for dedicated cargo flights but are reluctant to do passenger flights there, arguing that even though Sangley is close to the city-centre, there is only one road into the airport and it is congested.

While Alphaland operates primarily fixed-wing aircraft, it has one helicopter. Asperin says the company is taking delivery of a Leonardo AW139 either towards year-end or in January. The additional helicopter is for customers who want to travel as a group, without other people on board, and the helicopter is also useful since it does not require a runway, he adds.

“We also have long term plans to build our facilities at the island of Patnanungan, but this really depends on the future situation,” says Asperin.

The company’s annual report shows that it has bought 732 hectares on Patnanungan Island, 21 nm north of Balesin island, and plans to build an international airport there – with a 2,500m-long runway (8,202ft) – that can accommodate narrowbodies and widebodies. It says it envisages the airport will initially handle Airbus A320s. It says it is developing the airport, so international tourists can access Balesin direct rather than have to fly via Manila’s congested NAIA.

Balesin is a tropical island off the eastern coast of Luzon island in the Philippines. Alphaland owns the Balesin Island Club, a luxury resort.

Picture, from Alphaland Aviation, shows one of its ATR 72-500s.