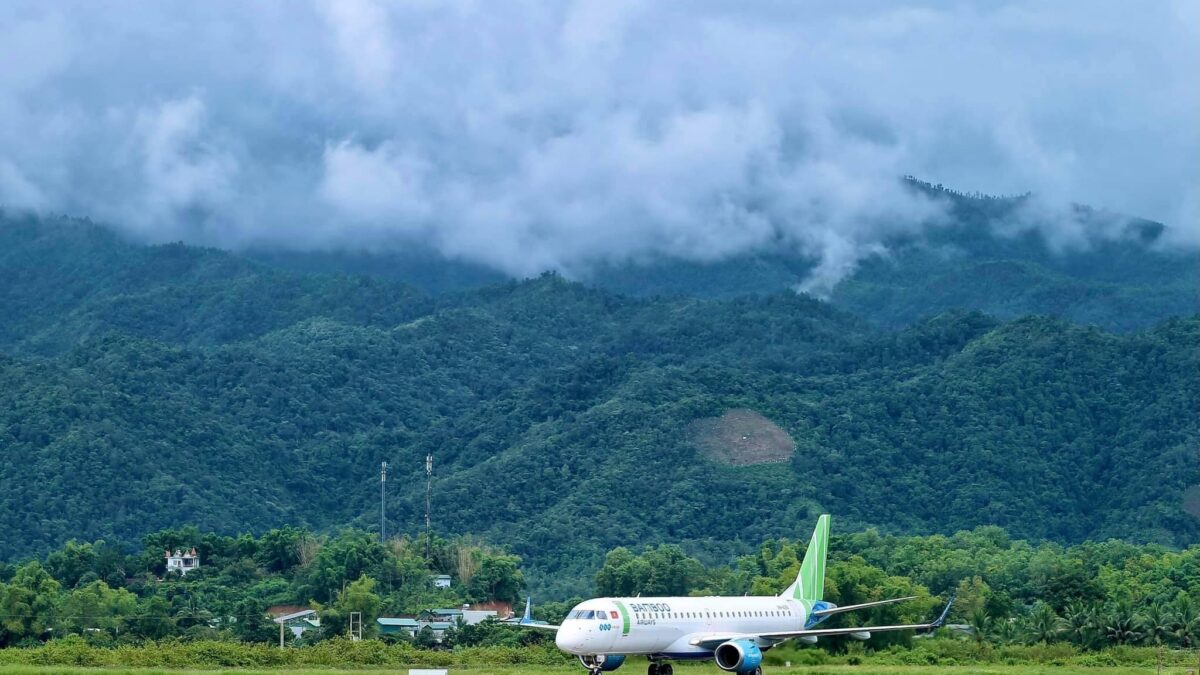 Vietnam’s National Centre for Hydro-Meteorological Forecasting says the northwest has haze now, because neighboring Laos is experiencing fires in farmland and forest areas.

Bamboo Airways says in a statement it is temporarily suspending flights to Dien Bien Phu Airport. It has been serving Dien Bien Phu from Hanoi and Ho Chi Minh City using Embraer E-190s.

“The current visibility at Dien Bien Phu Airport is low and below the standard level of 4,200m (13,780 ft), which is obstructing [the pilots’] field of vision and will in turn affect flights taking off and landing. Therefore, for safety reasons, flights must be suspended until the weather is better,” the airline says, without saying when services will resume.

A VASCO official tells local media that the surrounding terrain at Dien Bien Phu Airport coupled with the poor visibility, makes it hard to operate flights there.

Local media quotes unnamed weather experts as saying high humidity, weak winds and water vapor clinging to smoke particles is the cause of the haze.