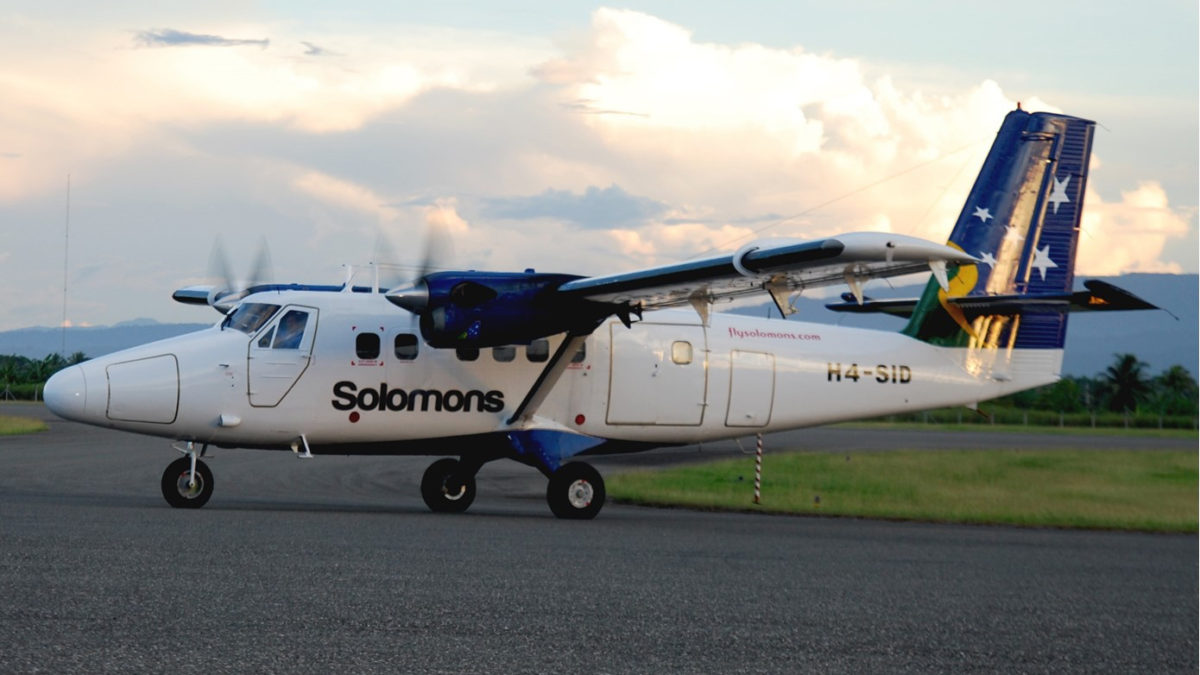 The biggest challenge facing the Solomon Islands, as it attempts to catch up with more successful tourist destinations in the South Pacific, is a shortage of hotel beds.

The chief executive of Solomon Airlines, Brett Gebers, says the issue is so pressing that the national airline even co-founded a development fund last year to disburse loans to resort owners wanting to expand.

Solomon Airlines flies from its Honiara base to 21 domestic destinations using four de Havilland Canada DHC-6 Series 300 Twin Otters and one de Havilland Canada Dash 8-100. It also operates international flights to Brisbane, Fiji, Vanuatu and Kiribati using an Airbus A320, as well as has codeshare flights to other destinations with Air Niugini, Air Vanuatu, Qantas Airways and Air Kiribati.

“When I first started at Solomon Airlines in 2017, I took one look at the loads on our international routes and realized we had to do something. We closed Sydney [from Honiara] straightaway,” Gebers says.

“Momentum is slow, partly because of changes in the country, but also because there has not been an injection of new [tourism infrastructure] projects like in other Pacific countries. The economy still relies heavily on logging and fishing, and we are quite stagnant at about 27,000 international arrivals a year – only 7,000 to 8,000 of whom are tourists. This is despite the potential of the islands to be a great diving destination,” he adds.

The airline is also working hard to rationalize its fleet and improve operations, Gebers says. For instance, it has lobbied to reopen airports such as Lomlom Island airport and made plans to purchase the A320 from its lessor, he adds. The airline also added its fourth Twin Otter earlier this year.

But the main challenge the airline faces, is a lack of tourist accommodation on the islands.

“Without [hotel] beds, we won’t have passengers to fly. This is a pity, because the Solomon Islands is rated one of the best destinations in the world for free diving and technical diving. There are numerous shipwrecks off our 900 or so islands,” he says.

“Just last week, I talked to some diving enthusiasts who have just visited the Islands. They said they’re coming back,” Gebers adds.