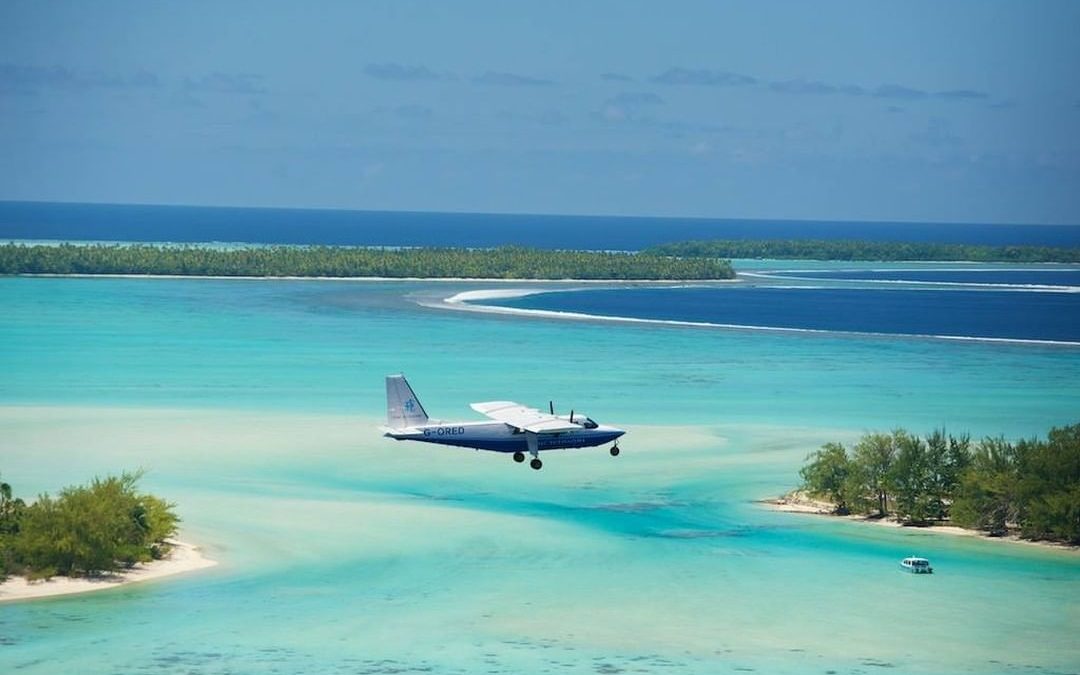 The Brando; the 35-villa resort on the French Polynesian atoll of Tetiaroa, which was formerly owned by actor Marlon Brando; is one of the farthest-flung holiday destinations in the world.

This distance is part of The Brando’s appeal, although good international connections to Tahiti and the convenient domestic connections of private airline Air Tetiaroa, shorten travel time significantly, says Laurent Darcy, who is both general manager of Air Tetiaroa and communications manager of Pacific Beachcomber. Pacific Beachcomber is the hotel group which owns Air Tetiaroa and The Brando, as well as several other hotels in French Polynesia and a cruise line.

The Brando was built in accordance with the wishes of Marlon Brando who wanted the luxury resort to be environmentally sustainable. For example, the resort’s air-conditioning system cools the air using seawater and the resort’s electricity comes from solar panels. The resort also funds the Tetiaroa Society, a non-profit research station on the atoll which regularly hosts scientists.

One of the more remarkable projects it spearheaded was the removal of mosquitoes from the island, Darcy says. This was done using genetically modified male mosquitoes which sterilised wild females and caused the collapse of the mosquito population, he added.

Air Tetiaroa supports the island by providing guest transfers, as well as performing private flights to nearby islands such as Bora Bora, Darcy says.

“Guests consider the flights part of the stay. You get sweeping views of the islands as well as direct access to cultural destinations on Bora Bora,” he says.

The hotel group also owns a GippsAero GA8 Airvan, which it uses sometimes for transporting supplies. Some other operators Smart Aviation APAC has spoken to, such as Missionary Aviation Fellowship in Papua New Guinea, say that one issue with the Airvan is it uses avgas, which is hard to get in some undeveloped markets. Darcy says avgas is more expensive, but adds “it is not really an issue”.

“Brando Island is very popular also because of the celebrities who have stayed there, including Leonardo DiCaprio and Barack Obama. Right now, many of the guests are Americans who come via our Paul Gauguin cruise, but there are also many making a special trip here from Europe and Japan,” Darcy says.