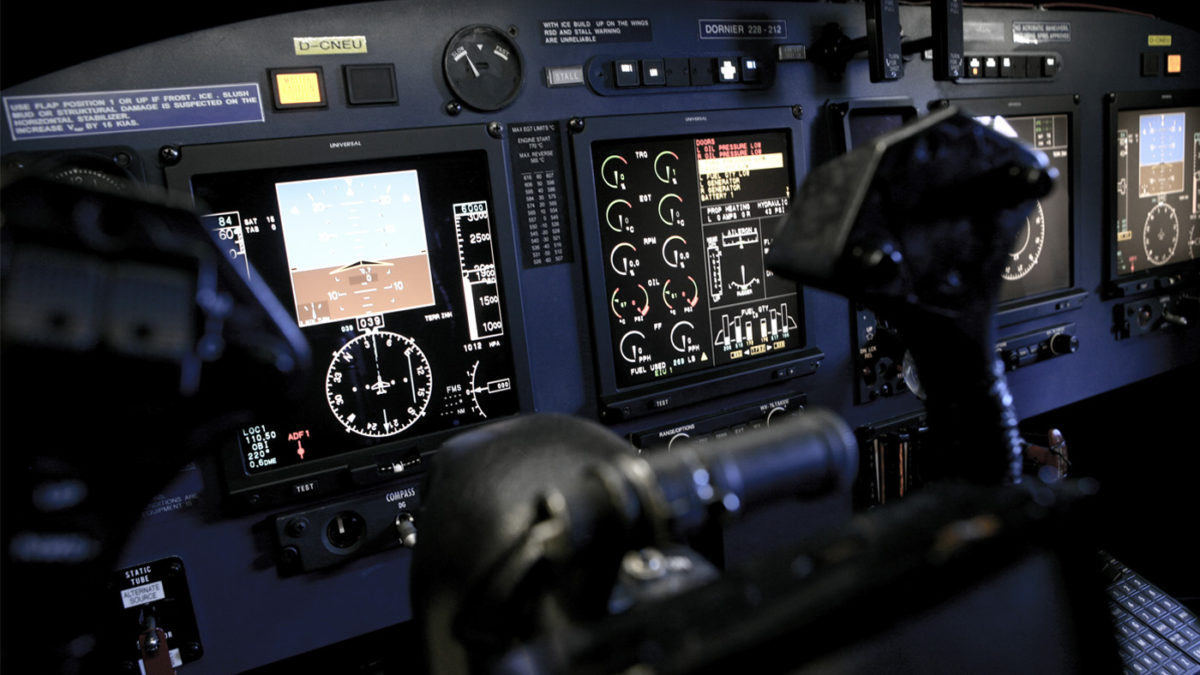 Steffen Gemsa, RUAG MRO International test pilot for the Dornier 228, says satellite-based performance-based navigation is a newly-implemented navigation tool that helps to guide an aircraft along its flight path precisely.

“The Dornier 228NG is certified for RNP (required navigation performance) 1, which means it can be navigated far more accurately than with ground-based navigation aids. Three dimensional RNP approaches will be the approach method of the future,” Gemsa says.

“Operators like this because it increases operational productivity. Even in bad weather, pilots have strong situational awareness and are less likely to need to go-around or divert, compared to traditional non-precision approaches” he adds.

PBN is also crucial for airlines operating to airports that have no instrument landing system (ILS), Gemsa says.

Guernsey flag carrier Aurigny Air, for instance, is an extensive user of the Dornier 228NG’s PBN. The airline flies to airports without ILS instruments in the British Channel Islands, which are known to often have bad weather with reduced visibility and low cloud ceilings.

PBN is also useful when flying an aircraft in congested airspace, Gemsa adds. This is because the PBN-equipped all-glass cockpit combines route, traffic, weather and other navigational data seamlessly, increasing the pilot’s situational awareness whilst reducing their workload, he says.

One example of a commuter service operator flying in such conditions is Japanese Dornier 228NG user, New Central Airservice, which operates from a hub at Tokyo’s Chōfu suburb.

Gemsa says it is also possible to have PBN retrofitted on older models of the Dornier 228, though a change in flight management system may be required.