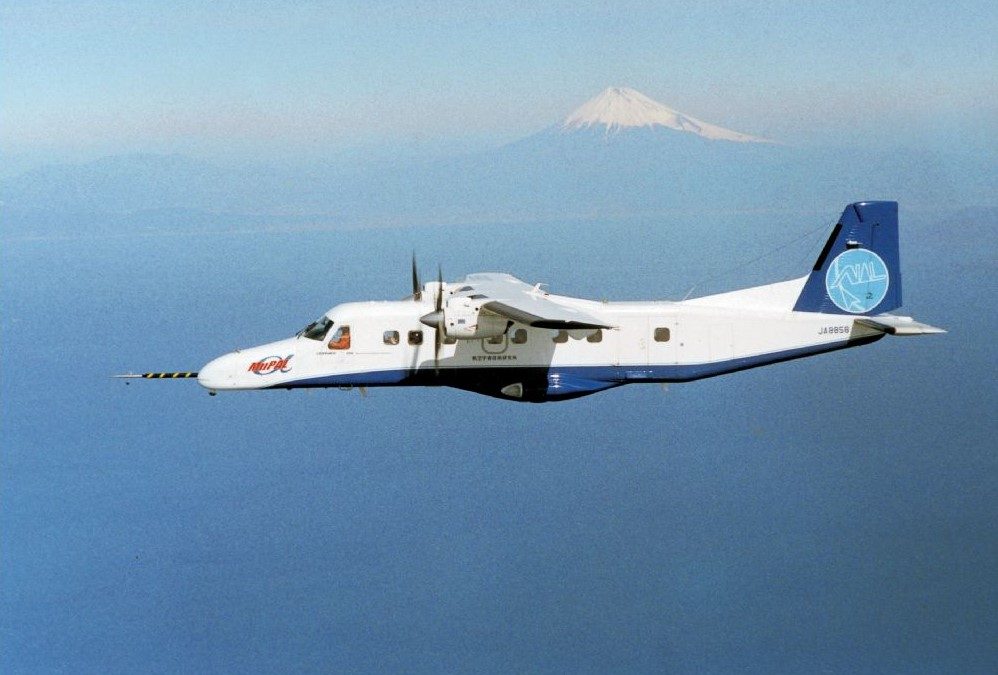 The Japan Aerospace Exploration Agency (JAXA) has been using a modified Dornier 228-202 to conduct experiments on fly-by-wire (FBW) technology.

Masayuki Sato, associate senior researcher at JAXA’s Flight Research Unit, says the aircraft testbed has been vital in verifying hardware and software innovations in real flight conditions. He says “recently, we have been using the MuPAL-α, which stands for Multi-Purpose Aviation Laboratory Airplane, to implement controllers researchers have designed under a European Union-Japan research collaboration.”

The testbed, a Dornier 228-202 from the 1980s, has a flight control system that uses mechanically-linked flight cables. But JAXA has replaced the right-seat control column with an electronically-linked one, Sato says. He says the two-channel FBW system, connected to onboard computers, moves some of the aircraft’s movable parts, such as the direct lift control (DLC) flaps, rather than being done mechanically.

“In our test flights, the safety pilot in the left-hand seat still takes the plane up into the air and lands using the mechanically-linked system. It is only when we get to our test area that the evaluation pilot in the right-hand seat switches to the experimental FBW system,” he says.

The MuPAL-α flies two different test courses from its base in Chōfu Airport, near Tokyo. One is 20 minutes north to a test area in the Tatebayashi region, while the other is to the test area over Sagami Bay, in the south, Sato says. He says the MuPAL-α is allowed to perform flight tests with the FBW system engaged 2,000ft (609m) over water.

The designed controllers allow the MuPAL-α to mimic the flying and stability characteristics of other aircraft types, Sato says.

He says he suspects advanced fly-by-wire technology will be applied in areas such as the development of driverless vehicles – like those being researched by Uber – as the vehicles will need to be easy to use for non-professionals.

Sato says the Dornier 228 was chosen as a testbed because of its square-shaped fuselage, which allows more flexibility in the type of equipment that can be brought onboard. For instance, it needs to carry light detection and ranging (LIDAR) equipment, GPS and inertial navigation systems (INS), which are also being researched, he adds.

An inertial navigation system is a navigation device that uses a computer, motion sensors and rotation sensors to continuously calculate by dead reckoning the position, the orientation, and the velocity of an aircraft without the need for external references.

Other aircraft used for JAXA’s aeronautical research include a Cessna 680 Citation Sovereign business jet and an MBB-Kawasaki BK 117 helicopter.