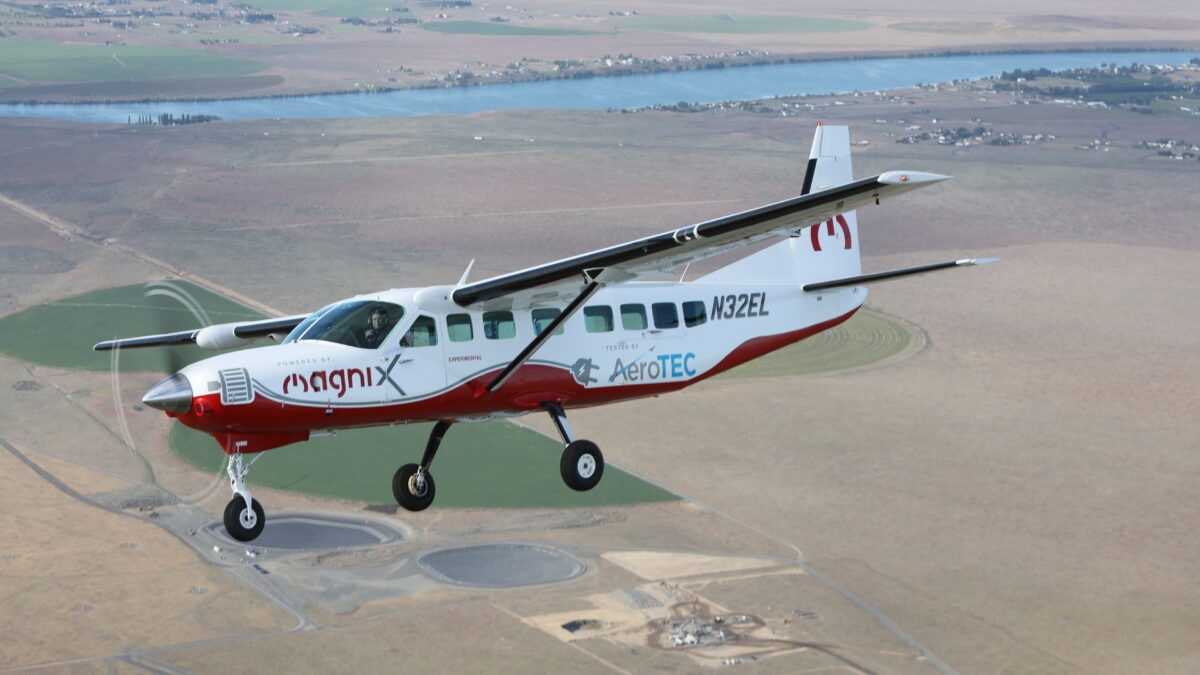 In MagniX’s announcement, it says it will provide 2MW electric propulsion systems that will replace the engine on each wing as part of Universal Hydrogen’s retrofit. The retrofit design is applicable to both the De Havilland Canada Dash 8-300 and ATR 42-family regional turboprops, it adds.

Universal Hydrogen’s retrofit design is significant as it allows for emission-free flying, provided that the hydrogen stored in the aircraft’s fuel capsules is produced by electrolysers powered by renewable energy. It previously told Smart Aviation APAC that its business model is to provide the retrofit design to airlines and manufacturers in return for a long-term contract for hydrogen fuel supply. Universal Hydrogen added that it expects certification for the retrofit design to be completed by 2023-2024.

Paul Eremko, Universal Hydrogen CEO, says it is partnering with MagniX based on the company’s track record in aerospace-grade electric propulsion.

MagniX has already developed an electric-powered de Havilland Canada DHC-2 Beaver, which is undergoing certification and has flown its first flight in late-2019 with Canadian seaplane operator Harbour Air. It also flew a Cessna 208B Grand Caravan retrofitted with a 560kW electric engine which flew for the first time in May with Seattle-based testing and engineering company AeroTec.