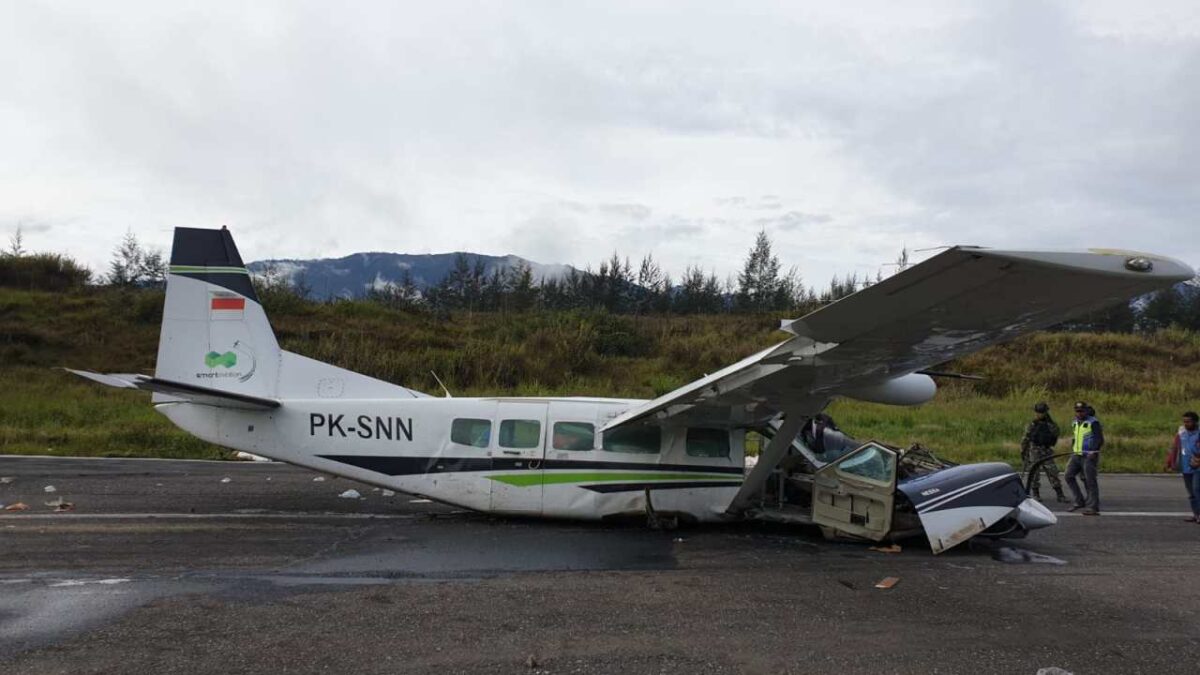 A Cessna Caravan freighter operated by Jakarta-based Smart Cakrawala Aviation has crashed at an airport in Indonesia’s West Papua province, resulting in one pilot’s death.

Only the pilot and co-pilot were on board. The pilot was evacuated to a local medical facility before succumbing to his injuries, while the injured co-pilot is still undergoing treatment, the report says.

“It was carrying chicken, meat, vegetables and other necessities for the people of Puncak regency,” he says, adding that the accident investigation is underway.

Aminggaru Ilaga Airport’s head, Herman Sujito, says there was fog at airport in the morning.

This is the second incident Smart Cakrawala Aviation has had within a month.

Another of its Cessna Caravans, local registration PK-SNM, skidded off a runway on 27 September after landing at Juvai Semaring Airport in North Kalimantan province.

The aircraft was transporting diesel and household items. No injuries were reported.