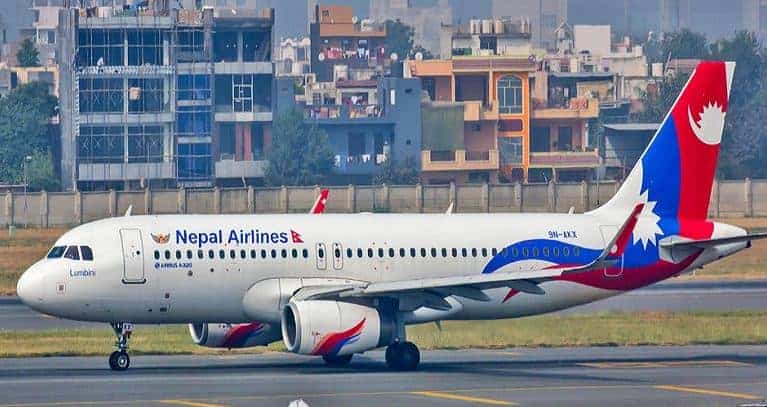 A pilot of Nepal’s flag carrier Nepal Airlines opted to land at another airport instead of the original destination, citing flight duty time limitations.

A Nepal Airlines Twin Otter was supposed to fly from Kathmandu to Nepalgunj via western Nepal’s Rukum district, but the pilot flew the aircraft direct to Nepalgunj.

The captain told local media that after they departed Kathmandu, he only had one hour left of flight duty so he flew the aircraft direct to Nepalgunj, a town bordering India, as there was no time left to get to Rukum.

But his decision caused controversy in the local media, because there were ten passengers on board who had booked tickets to Rukum.

Passenger, Aayushi Bam, told local media she was shocked to see the aircraft land on a flat land as opposed to hilly Rukum.

“Airline crew then came and told us that they had arranged accommodation for us in Nepalgunj. That is when we knew that we were at the wrong airport,” she says.

Nepal Airlines officials say all passengers were put up at a hotel, at the airline’s expense, and flown to Rukum the following morning.

A Civil Aviation Authority of Nepal (CAAN) official says pilots are forbidden from flying beyond their duty period.

CAAN’s flight operations requirements state that pilots operating domestic short take-off and landing (STOL) aircraft are only permitted, within a 24hr period, to be on duty for a maximum of 10 hours and to operate an aircraft for no more than eight hours.

The pilot in question was on duty for 10 hours, because the flight was supposed to depart at 06:30hr local time, but was delayed to early afternoon due to bad weather. Even though was pilot was not flying during that time, he was on duty.