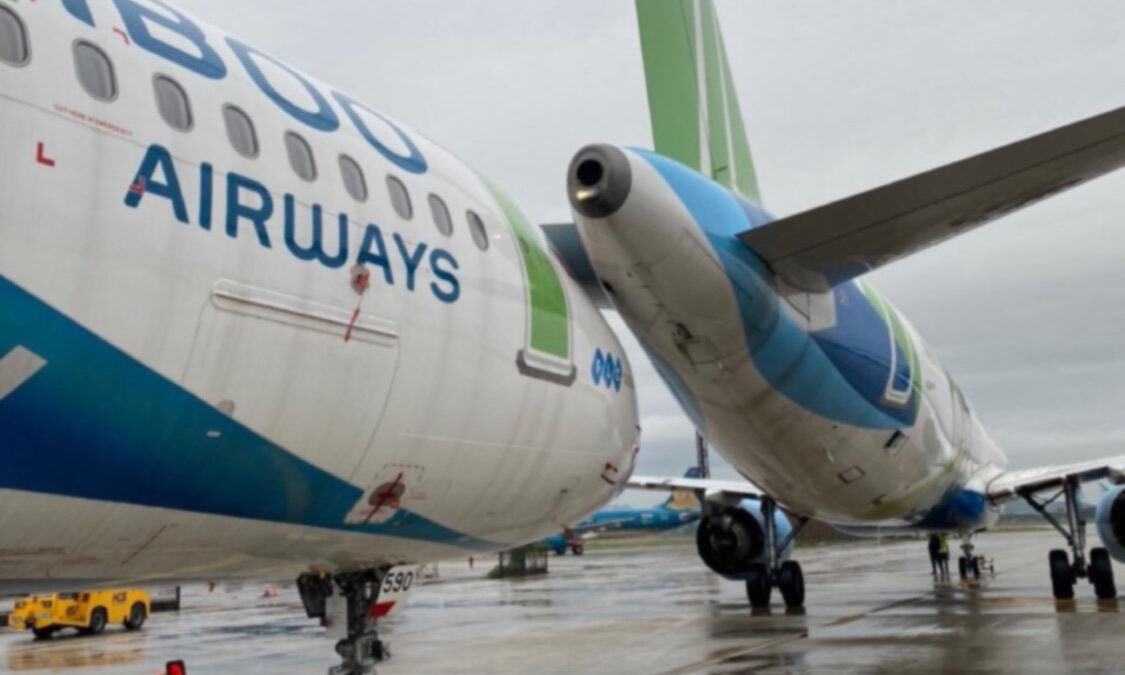 Two Bamboo Airways Airbus A321s had a minor collision while on the ground at Hanoi airport.

VN-A222 moved out of its parking lot, and was due to do a flight to Phu Quoc island, but the aircraft’s tail collided into the front of aircraft VN-A590, the report says. The edge of VN-A222’s rear horizontal stabilizer, on the left side, became warped; while VN-A590 suffered light scratches above the windscreen, it adds. No injuries were reported.

News reports quote Dinh Viet Thang, a director of the Civil Aviation Authority of Vietnam (CAAV), as saying – based on initial assessments – a tow truck driver performed the wrong procedure while towing the aircraft to the taxiway.

Passengers on VN-A222 were transferred to another Airbus A321 so they could travel to Phu Quoc.

Following the incident, the CAAV temporarily suspended airline staff involved in the collision, including the tow truck operator.