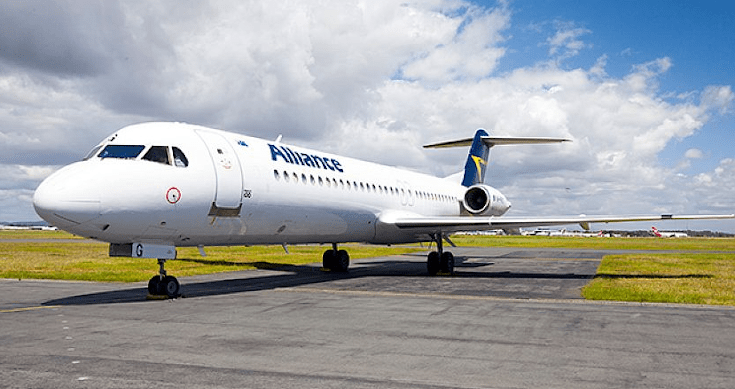 Charter operator Alliance Aviation Services (Alliance) has received approval to build a MRO facility at Rockhampton Airport in the northern Australian state of Queensland, which it says will save it millions in maintenance and fuel costs.

The operator says in a statement that its board of directors has approved the final investment for the construction of a three-bay aircraft maintenance facility at Rockhampton Airport to support its fleet of 74 Fokker and Embraer aircraft.

This 10,000m2 facility will be the largest civil hangar in regional Australia and it will also have a 500 kilolitres water harvesting system and a 100 kilowatt solar array, Alliance says, adding that construction is due to finish in November 2022, with commissioning to be finalized shortly after.

Alliance’s base maintenance is currently done in the United Kingdom, Slovakia, Singapore and Costa Rica, it adds.

It has since modified its base maintenance program from mid-2022 onwards to dovetail with the commissioning of the new facility, which will ensure maximum and financial benefits flow through to the 2023 financial year, Alliance says.

By onshoring all of the company’s base maintenance, there will be an estimated A$5 million (US$3.5 million) to A$7 million annual reduction in base maintenance expenditure, which includes savings of 1.5 million litres of fuel per annum, Alliance adds.

Alliance says having base maintenance done in Australia means its aircraft will be more readily available, thus bringing in more revenue.

Total expenditure for this project is estimated to be A$60 million (US$43 million) with financing to come from a combination of grants from the Australian government, the Rockhampton Regional Council’s civil works, the Queensland State Government’s Jobs and Regional Growth Funds and a loan provided by the Northern Australia Infrastructure Facility, Alliance says.

It will also be advertising nationally for skilled personnel to relocate to the fast-growing Rockhampton region, it says.

Scott McMillan, Alliance managing director, says that with the expansion of its fleet to 74 aircraft, the operator has to think about how to bring base maintenance back onshore in a cost effective manner.

“Rockhampton has always been part of our operations over the last 20 years and was an obvious choice for us given its geographical location, weather and incredible support from all stakeholders. We are excited about bringing these skilled jobs onshore and into regional Queensland,” he adds.