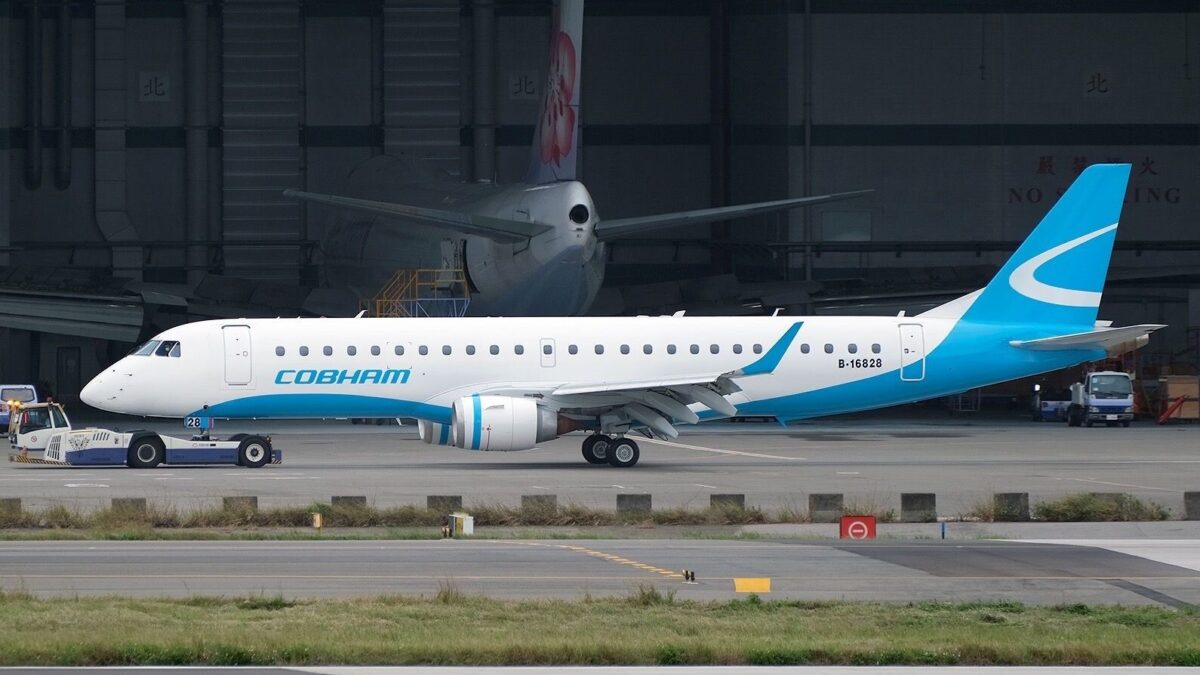 A picture Cobham posted on its social media shows the fourth aircraft at Taipei’s Taoyuan International Airport and says it was taken prior to the ferry flight from Taipei to Perth via Bali. The aircraft’s registration, shown in the picture, is Taiwanese registration B-16828. Records show the operator of the aircraft was Taiwan’s Mandarin Airlines which has said publicly it is retiring its E-190s.

Cobham says in a statement it has added the fourth Embraer E-190 and the aircraft will be stationed in Perth and used for VIP charters and fly-in fly-out (FIFO) flights for Australia’s resource sector.

The new addition comes shortly after Cobham received its third Embraer E-190, which has since begun passenger flight in early October, it says.

Cobham says it has been progressively modernising and expanding its fleet; introducing Embraer E-190 regional jets and De Havilland Canada Dash 8-400 turboprops to provide clients with a greater flexibility of rosters, increased reliability and low carbon emissions. The aircraft are suitable for paved and unpaved airstrips, it adds.

Cobham also highlights in the statement that it will be adding additional E-190s and Dash 8-400s next year.

Picture, from JetPhotos, shows the aircraft in Cobham’s livery in Taipei prior to its ferry flight to Perth.