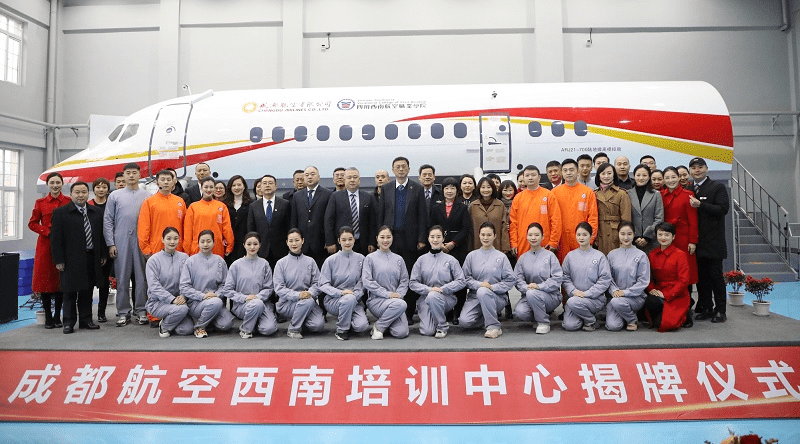 The new facility – Chengdu Airlines Southwest Training Centre – recently held its opening ceremony at the Sichuan Southwest Vocational College of Civil Aviation, the college says in a statement, adding that the facility is more than 1,500m2.

Comac owns Chengdu Airlines which is the largest operator of ARJ21s.

Chengdu Airlines party committee and deputy general manager, Zhou Yong, says that because the number of ARJ21 operators has grown, the airline decided to establish a separate training centre for ARJ21 in collaboration with the civil aviation college.