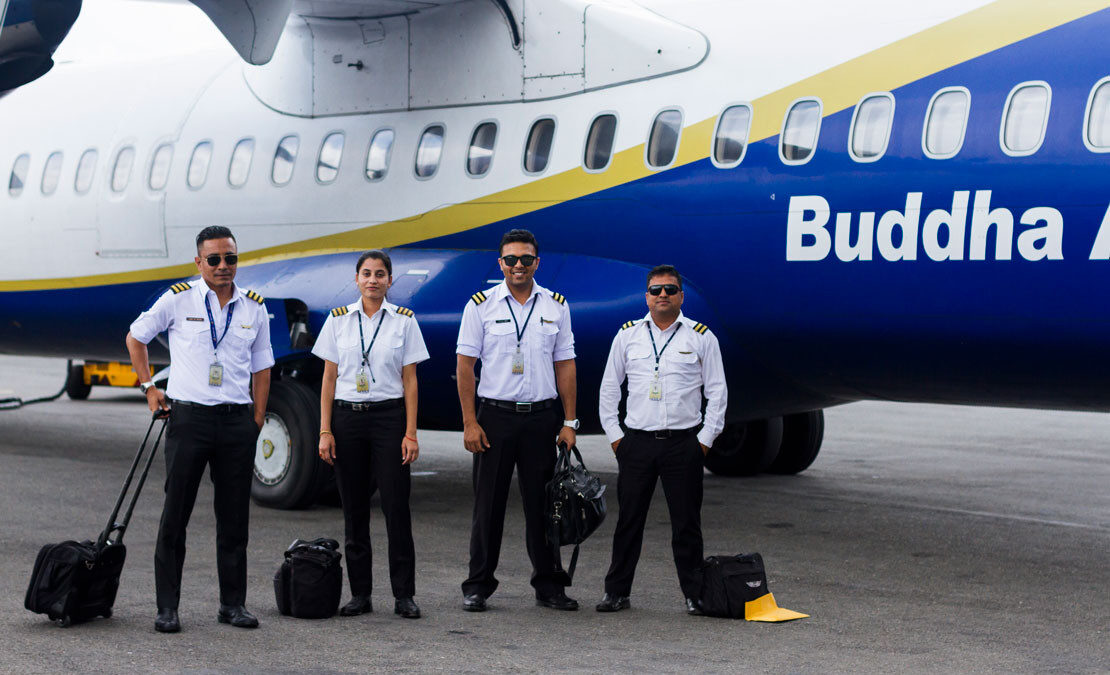 As most of the aircraft are mid-life, Joshi says two ATRs will remain on ground for maintenance, leaving an active fleet of 17 aircraft once the four additional ATRs arrive.

“Our goal is to cover all of Nepal, so we are adding three more routes connecting Pokhara to Biratnagar, Dhangadhi and Bhadrapur. The airline will also be replacing the Beechcraft served route to Nepalgunj with ATR once it arrives,” he highlights.

He says more locals are opting for air travel, making locals the bulk of the passenger volume as there are no foreign tourists.

Joshi attributes the change in travel habits to the renovation of Nepal’s highways, which has created tough road conditions for buses, not to mention the lengthy journey.

“A bus ride from Pokhara to Kathmandu takes roughly eight to nine hours, but only twenty minutes by plane,” he says.

Joshi says the general price difference between air fares and bus fares ranges from only 500 (US$4.25) to 1000 (US$8.51) Nepali rupees, making air travel a logical choice.

He says the airline still has plans to add De Havilland Aircraft of Canada Twin Otters to launch flights to the more remote parts of the country from 2023 onwards, but the plan depends on tourism and the global pandemic situation.