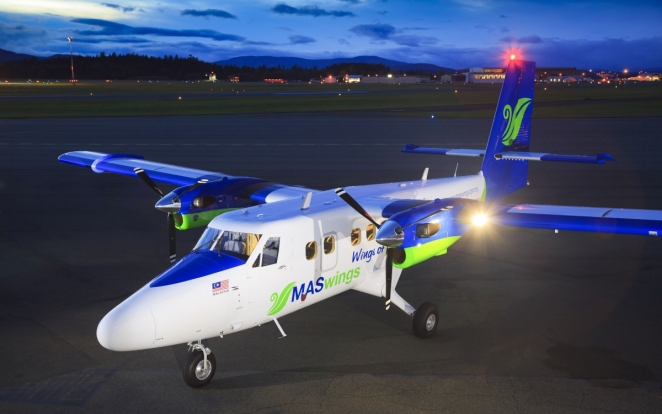 Malaysian authorities are looking into the possibility of improving the runway at Sarawak province’s Bario Airport, which is served by Malaysia Airlines’ regional turboprop operation MASwings, so as to accommodate more travellers.

Sarawak’s Mulu state assemblyman Gerawat Gala tells The Borneo Post newspaper a delegation from Ministry of Transport Malaysia, Malaysia Airports and the Civil Aviation Authority of Malaysia will be heading to Bario to assess and see how they can improve the airport’s runway.

Gala, who is also the assistant minister in the Sarawak chief minister’s Department of Labour and Immigration, says the goal is to lengthen the runway so MASwings’ 19-seat De Havilland Aircraft of Canada Series 400 Twin Otters can land with a full passenger load rather than continue to have payload restrictions that cap passenger numbers to eight or nine.

Bario Airport’s runway is 670m-long (2,198ft). The airport is in a remote part of Sarawak province near the border with Indonesia’s north Kalimantan province. The area home to the indigenous Kelabit tribe and is known for its highland hiking activities.