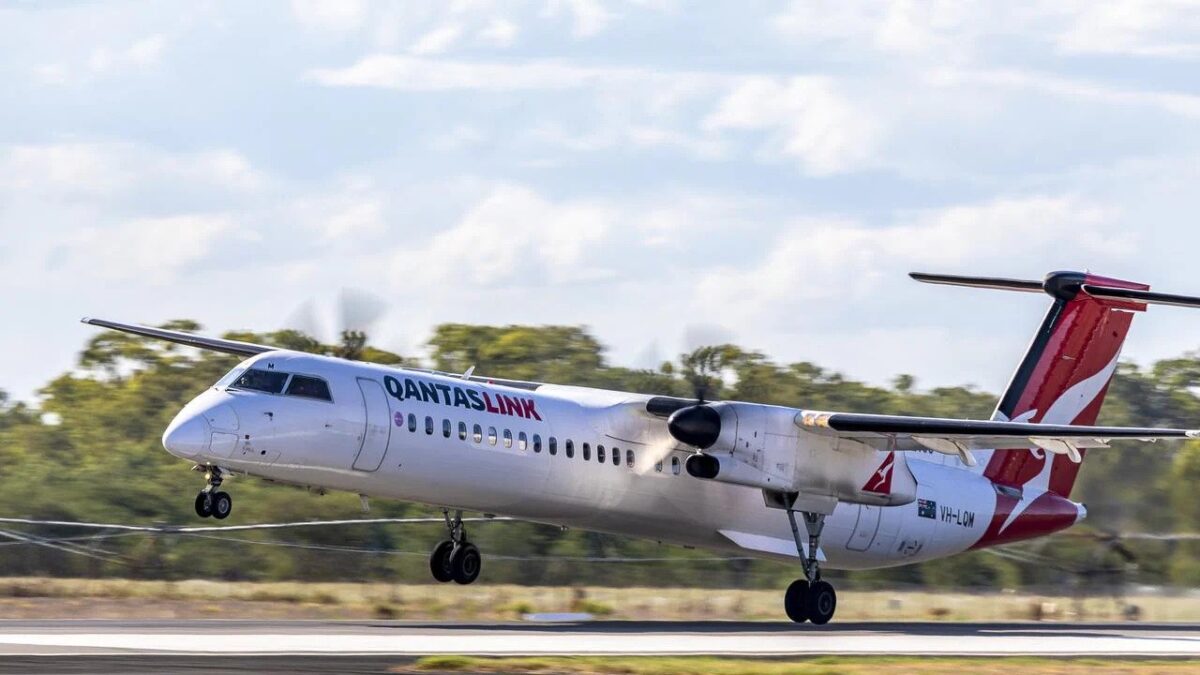 Two QantasLink pilots have been told to undergo training following an incident in which they unwittingly operated a De Havilland Aircraft of Canada Dash 8 above maximum altitude with the landing gear deployed, resulting in aircraft vibration.

The first officer (FO) was tasked with flying, while the captain was pilot monitoring. They decided to hand fly the aircraft up to 5,000ft to refresh and maintain their handling skill, ATSB says. Two cabin crew and 22 passengers were also on board, it adds.

ATSB’s investigation reveals the pilots did the after check-off checklist, while still hand flying the aircraft, but neither detected the landing gear was down, even though it was the first item on the checklist.

ATSB says the captain saw three green lights on the landing gear panel but failed to recognise this was abnormal, while the FO was unable to recall the exact details when asked by investigators. The pilots told ATSB they thought it was a safe indication, because three green lights were the correct indication for the equivalent checklist item during the landing phase.

After the checklist was done, the autopilot was engaged, but both pilots noted that the aircraft was noisier than normal with a noticeable vibration that was uniform and distracting, though unproblematic, ATSB adds.

ATSB says the pilots recalled no issues with the aircraft’s performance during the climb, and thus began to look for red lights that may indicate an issue, and decided to reduce the climbing speed to 185kt from 210kt in response.

ATSB says the pilots only realised the issue when the cabin crew told them the landing gear was deployed. This was at 15,900 ft, above the 15,000 ft altitude limit for flight with leading gear extended. The crew reported the situation and conducted a precautionary return back to Sydney, landing without further incident.

QantasLink has also initiated a program of focused risk monitoring for its operational ramp-up out of the COVID-19 pandemic. Metrics included human factors and performance, crewmember well-being, flight data and a return-to-work training program.

It says trying to recall from memory whether actions have already been completed is also vulnerable to source memory confusion.

ATSB says the three green lights provided a clearly visible indication that the landing gear was still down, but green lights are often associated with something being in a safe state.

This visual cue can be interpreted incorrectly, especially if the flight crew’s attention is focused elsewhere, says ATSB.

The FO told ATSB they were very focused on airspeed and maintaining runway centreline during the flight.

ATSB’s report mentions the captain and FO had 12,280 hours and 1,470 hours on the Dash 8 aircraft and the flight was the first of the day for both.

ATSB quotes QantasLink as saying the flight crew had experienced a reduction in flight hours since March 2020 due to the impact of the pandemic on the aviation industry.

ATSB says the FO has undertaken less than the airline’s normal amount of flying since March 2020 but QantasLink is aware of the potential issues associated with reduced flight recency and had introduced measures to mitigate the risk.

Both flight crew had recently undertaken a proficiency check. Overall, there was insufficient evidence to conclude that the FO’s reduced flight recency contributed to the procedural errors made by the flight crew on this occasion, says ATSB.

ATSB adds that skill decay or skill degradation refers to the loss of trained or acquired skills or knowledge following periods of non-use.