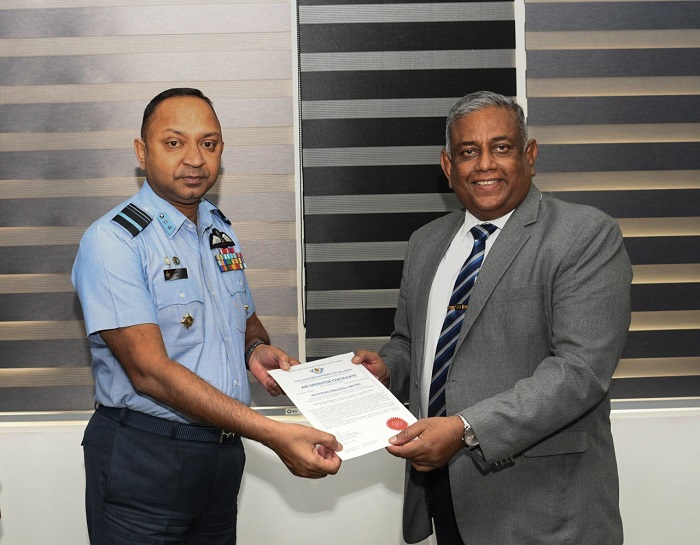 Helitours, a domestic airline operated by the Sri Lanka Air Force, has received its air operator’s certificate (AOC) and plans to commence scheduled flights to four destinations using its fleet of Xian MA60s.

The report says, prior to getting the AOC, Helitours was providing scheduled and charter commercial passenger services with no commercial AOC and no liability insurance. It operated the flights under its military call sign and had passengers sign indemnity forms, the report adds.

CAASL says it will now oversee Helitours’ commercial operations as Helitours’ AOC falls under its regulations.

CAASL’s Abeywickrama says Helitours is now waiting to get liability insurance before commencing the commercial operation.  Helitours will now follow civil aviation rules instead of being considered a military operation, he adds.

Abeywickrama also points out the AOC is only for the Xian MA60s and excludes the air force’s Harbin Y-12 transport aircraft.

An official at Helitours confirms to Smart Aviation Asia Pacific they received the AOC on 2 March and tentatively plan to start operations at the end of this month or beginning of next month.

“It will fly from Colombo’s Ratmalana International Airport to Anuradhapura, Batticaloa, Jaffna and Trincomalee,” the official says.

The Xian MA60 is a Pratt & Whitney Canada PW127J-powered turboprop aircraft produced by China’s Xi’an Aircraft Industrial Corporation under the Aviation Industry Corporation of China (AVIC).  The 60-seat aircraft is designed to operate in rugged conditions with limited ground support and has short take-off and landing (STOL) capability.