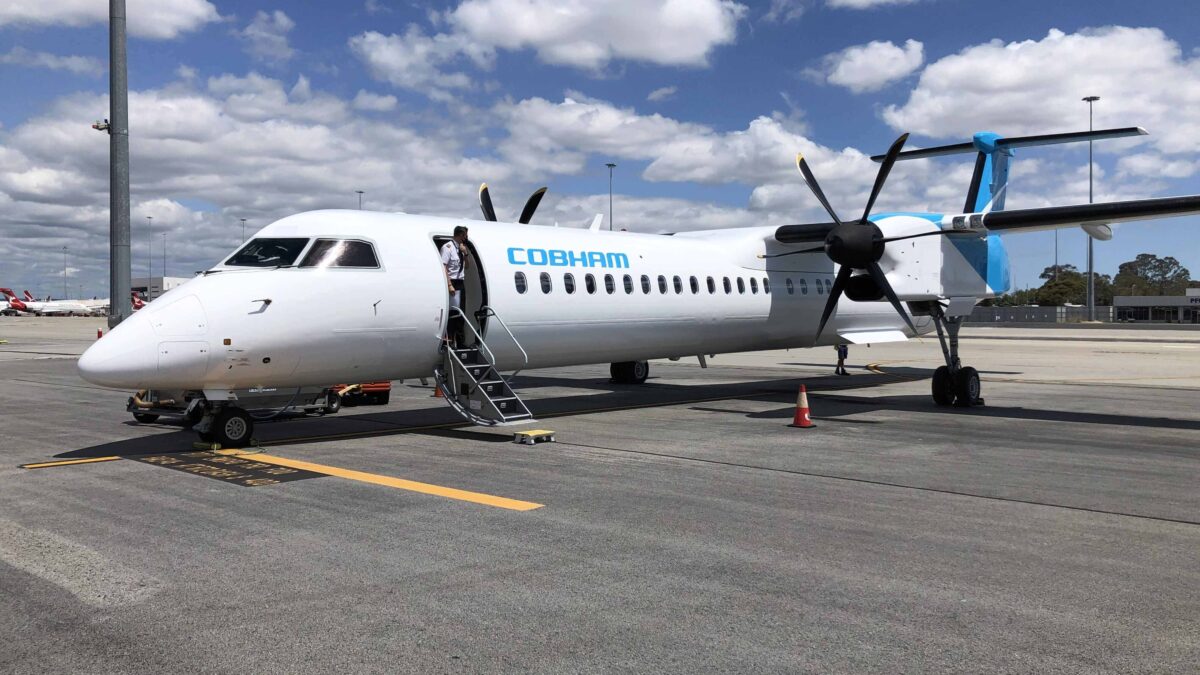 Cobham Aviation Services Australia (Cobham) has received its seventh De Havilland Aircraft of Canada Dash 8-400 and is looking to add two more aircraft in the next month.

Cobham says in a statement its seventh Dash 8-400, with local registration number VH-IYZ, has arrived and the company’s continual fleet expansion is to meet growing charter demand including in the fly-in, fly-out (FIFO) that serves Australia’s mining and resource sector.

He says the Dash 8-400 can fly 30% faster and 40% farther than conventional turboprops, offering faster turnaround times and greater productivity.

“Many of our operations are flying into newly constructed and unsealed airstrips. Our growing fleet of Dash 8-400 aircraft is perfect for these regional sites, and will be able to carry 14 more passengers than any other turboprop aircraft,” Alviani says.

This is the 12th new aircraft to join Cobham’s regional services fleet over the past two years, Cobham says.

The operator highlights that the steady flow of new aircraft is set to continue, with another Embraer E-190 and Dash 8-400 due to arrive before the end of June, and more deliveries are planned for 2022’s second-half.