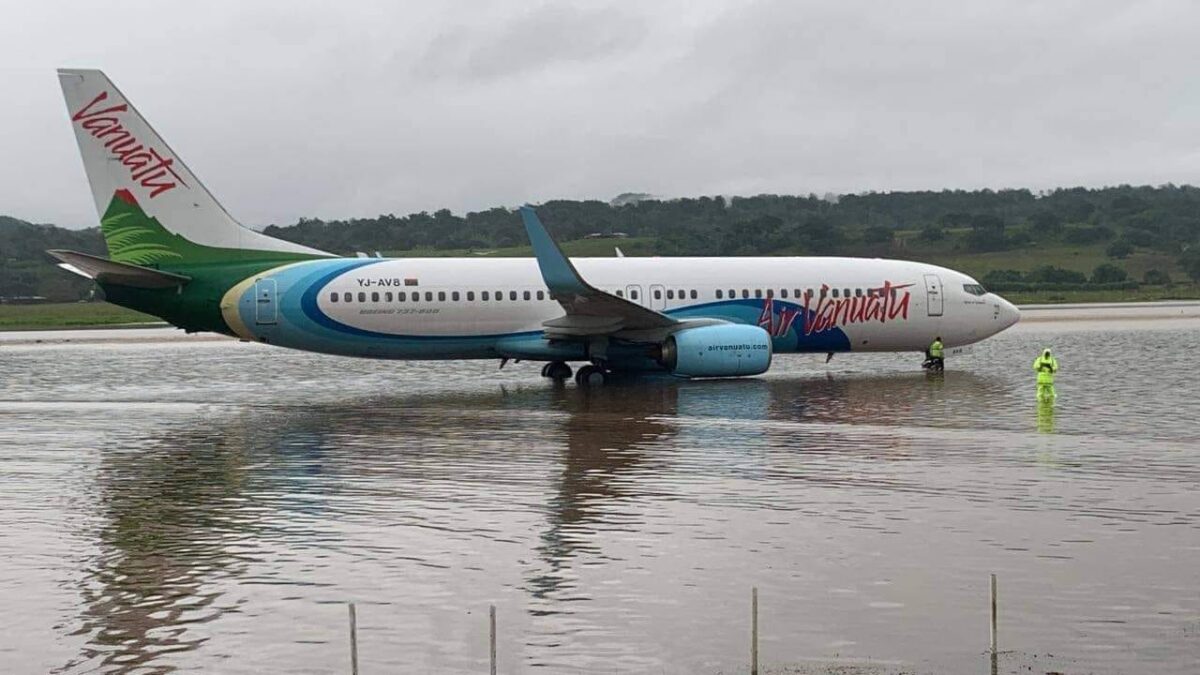 Flights at Vanuatu’s main international airport have resumed now that flood waters, caused by a tropical cyclone and blocked drainage system, have receded.

Pictures of the airport, taken soon after Tropical Cyclone Gina hit Vanuatu on 19 May, show the airport’s apron and terminal building flooded. Aircraft are also seen stranded with their landing gears submerged in water. Flooding at the airport terminal (Vanuatu Rainfall and Agro-Meteorology Outlook)

An Air Vanuatu official in Port Vila told Smart Aviation Asia Pacific on 23 May that the flood waters have since receded, but potential damage to aircraft has yet to be determined.

But Air Vanuatu’s CEO, Atu Finau, has told local media that some flights have resumed at the airport.