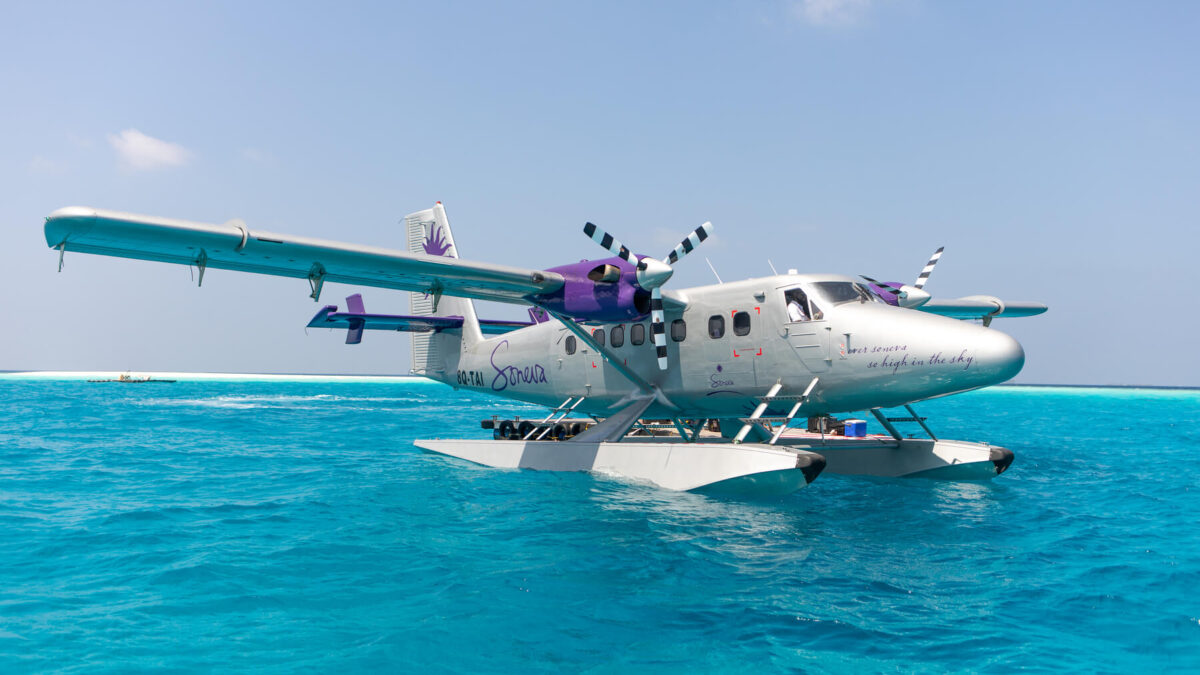 To operate the aircraft in the Maldives, Manta Air will need to put it on the local Maldivian aircraft registry.

According to Twinotterworld.com, the aircraft was previously registered in Australia as VH-FIW and it is a 46-year-old aircraft, manufacturer’s serial number (MSN) 516.

UK aircraft lessor Montrose Global Aircraft Management says in a statement the aircraft is currently at Skytek in Australia. This aircraft will be Soneva’s second Twin Otter, says Montrose, adding it is leasing the two Twin Otters to Soneva.

Skytek, meanwhile, is an aircraft maintenance company based in the northern Australian city of Cairns.

The Soneva spokesperson says Skytek is installing Wipaire seats and a new interior.  The Series 300 aircraft will then be ferried to the Maldives where Manta will install floats on the aircraft, he adds.

Soneva’s first Twin Otter is a Series 200 that it acquired in in 2018, according to Twinotterworld.com, which says this older aircraft has MSN 45. Manta Air also operates this aircraft on behalf of Soneva, it adds.