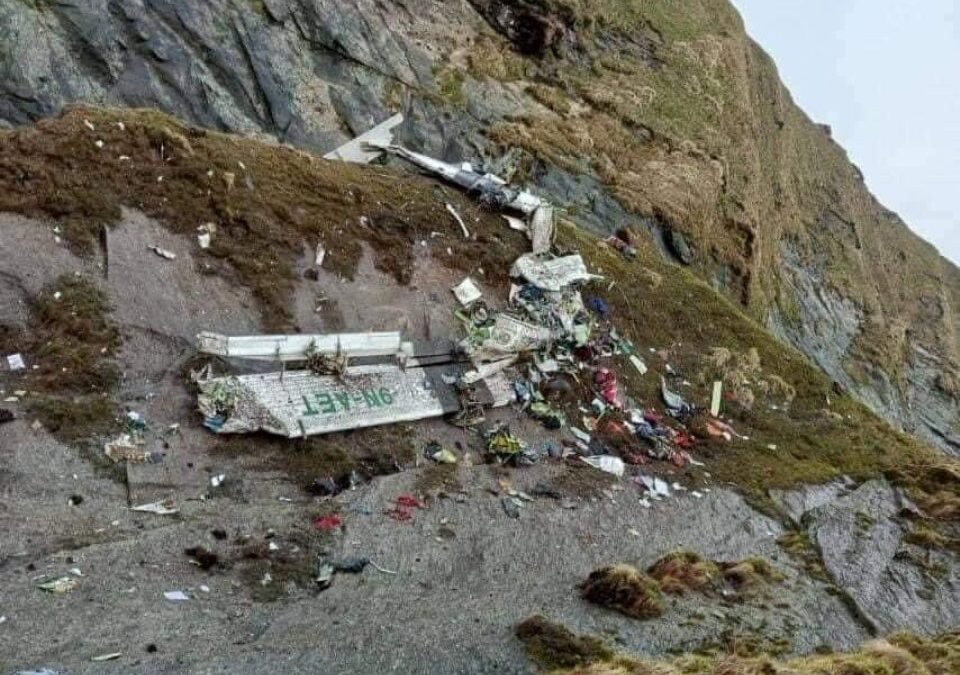 Pradeep Adhikari, director general of the Civil Aviation Authority of Nepal (CAAN) says during an international committee meeting in parliament that preliminary investigations show Tara Air’s Twin Otter had crashed into mountains after it swerved to the right, instead of turning to the left, due to bad weather, local media reports.

The Twin Otter was on a 15-minute scheduled flight to Jomsom, a popular destination for mountaineers, local media reports, adding that there were three crew members and 19 passengers on board the aircraft.

Search and rescue teams were mobilized on the same day though the physical wreckage was only found yesterday, reports say, quoting a Nepal Army spokesperson.

The government has also formed a five-member investigative committee led by senior aeronautical engineer Latin Chandra Larsman to determine the cause of the air crash, local media reports.

CAAN confirms in a statement that the aircraft crashed at a height of 14,500 ft at Tasan-2 in the Mustang district.

It says in another statement that rescue teams have recovered 21 bodies from the crash site, and are searching for the last remaining one.

Of the 21 bodies, 10 were brought to Kathmandu and 11 to the base camp where rescue operations were coordinated, CAAN adds.

This is the sixth incident and third accident with fatalities that Tara Air has seen over the last 12 years, according to Aviation Safety Network, an incident tracking website.

9 June 2018 – A Tara Air Twin Otter Series 300 aircraft experienced a porpoise landing and subsequent runway excursion upon landing at Jumla Airport in Nepal. The aircraft was damaged but no reported injuries.

24 February 2016 – A Tara Air Twin Otter Series 400 aircraft took off from Pokhara Airport on a flight to Jomsom Airport in Nepal but crashed near Tirkhe Dungha, Dana VDC of Myagdi district shortly due to unfavourable weather conditions. The aircraft sustained damage beyond repair, all three crew members and 20 passengers were killed.

21 September 2012 – A Tara Air Twin Otter Series 300 aircraft lost directional control during takeoff from Dolpa Airport in Nepal. The aircraft was damaged, but no reported injuries.

15 December 2010 – A Tara Air Twin Otter Series 300 aircraft crashed into Palunge Hill during a domestic flight from Lamidanda Airport to Tribhuvan Airport in Nepal. The aircraft sustained damage beyond repair, all three crew members and 19 passengers were killed.