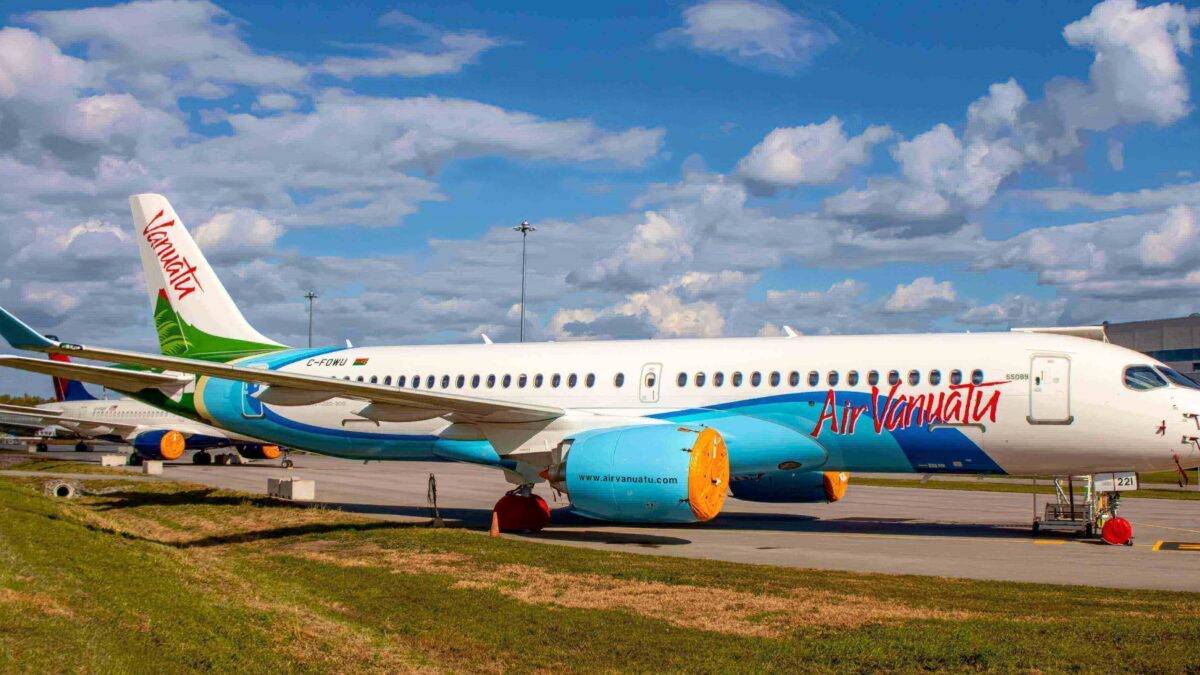 Corrected attribution in second and third sentence to say Air Vanuatu’s spokeswoman rather than CEO.

National carrier Air Vanuatu has decided to cancel its order for Airbus A220s and instead is planning to add more regional turboprop aircraft.

“Air Vanuatu will not be proceeding with its order for three Airbus A220s, but we are looking at alternative options as part of [our] fleet review,” Air Vanuatu’s spokeswoman, says in an emailed response to a query from Smart Aviation Asia Pacific.

She says the airline’s fleet comprises of: one ATR 72, one Boeing 737, one Britten Norman Islander and two De Havilland Aircraft of Canada Twin Otters.

In a separate statement, posted on the airline’s website, Air Vanuatu CEO, Atu Finau, says that with help from the government, the carrier has purchased two additional Twin Otters and will deploy the aircraft on domestic routes in late 2022.

He also says the carrier, which has one ATR 72, plans to purchase a second ATR by year-end.

Finau also says the airline has presented a business case for the purchase of a second Boeing 737.

Smart Aviation Asia Pacific reported earlier that the government has helped Air Vanuatu pay lease payments owing on one of the Twin Otters already in its fleet.

The statement says the carrier responded to the pandemic with significant growth of the air cargo business due to shipping delays.

Air Vanuatu cargo manager, Lynda Fred Sewen, says in the statement the airline had a 25% increase in cargo services in the last 18 months. This includes special charter flights to deliver items to the islands, she adds.

The statement says the airline has added revenue in chartered flights, with its advantage of having both an international and domestic fleet of aircraft to suit either operation.

But the pandemic led the airline to delay delivery.

Then in 2020, there was a change in power. The new Vanuatu Government reduced the A220 order to three and announced in October of that year, it would hold an inquiry to look at why the carrier had ordered – what the new government considered to be – too many aircraft.

The new government has made clear publicly that it felt upgrading the domestic fleet is a higher priority than buying new aircraft to boost international tourism.

The smaller capacity A220, on international routes, may make sense in terms of ‘right sizing’ – better matching aircraft passenger capacity with passenger demand – but sometimes Pacific Island carriers choose to operate 737s because this aircraft carries more cargo in the belly-hold.

In the South Pacific, it could be argued, carrying cargo is just as important as carrying passengers.  South Pacific nations are remote so urgent supplies need to be airlifted in.

The fact Air Vanuatu is increasing its Twin Otter fleet to four from two is not surprising. It actually had three Twin Otters in 2019.

The carrier also used to have two ATRs, but one was heavily damaged and returned to the lessor.