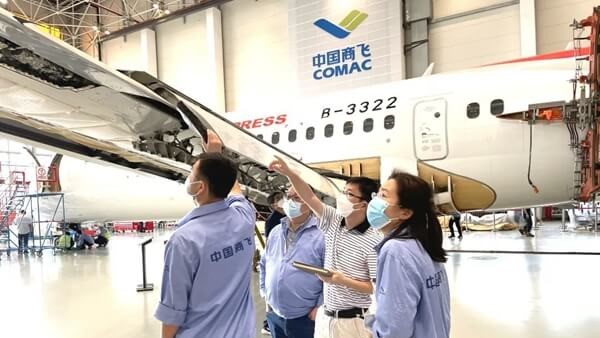 SAMC, which primarily an aircraft-maker, is a Comac subsidiary responsible for the ARJ21’s final assembly.

A 4C level inspection is a heavy maintenance C-check that CCAN says takes several weeks to complete, and includes preventive maintenance. A scheduled C-check occurs after a certain number of flight cycles or period of time.

According to Airfleets.net the ARJ21 SAMC worked on was an eight-year-old aircraft, local registration B-3322, that was delivered to Chengdu Airlines in September 2016.

But this particular aircraft was then returned to Comac in December 2020 to operate as a staff shuttle under Comac Express, it reports.