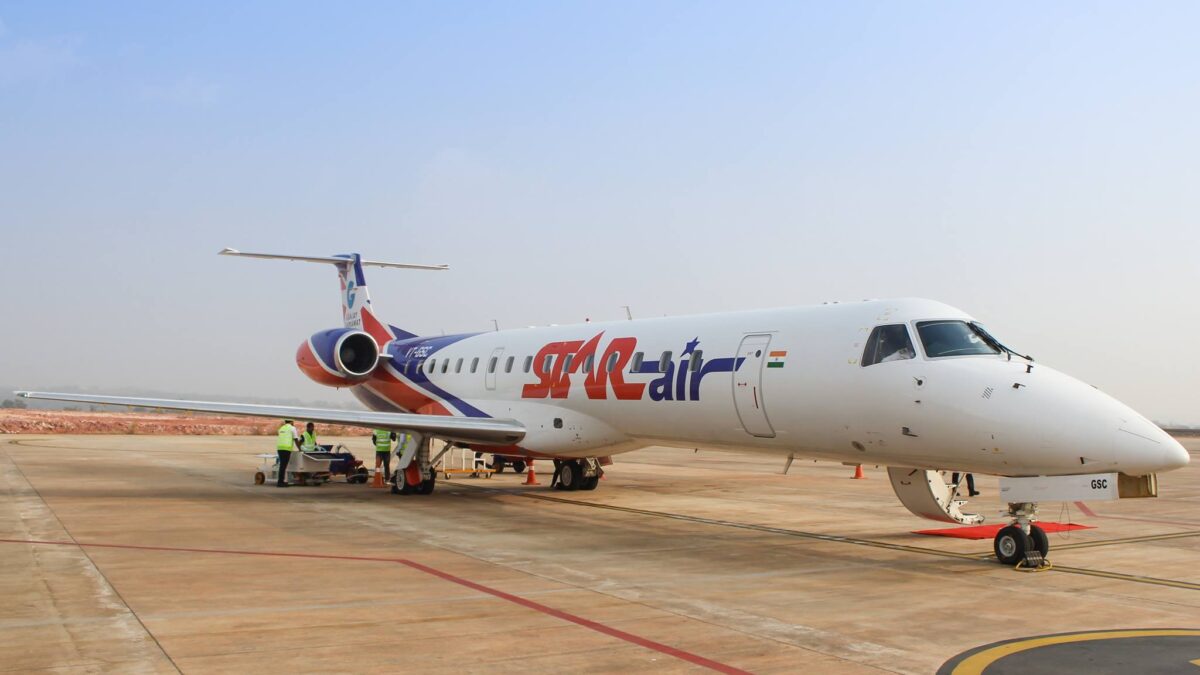 Indian regional carrier Star Air has launched a new route in West India linking the town of Bhuj to the most populous city of Gujarat state starting to drive connectivity within the state.

The five-times weekly Embraer ERJ-145 passenger service is between Bhuj, a town in West India’s Gujarat state, and the state’s most populous city Ahmedabad, the airline statement says.

The Indian state of Gujarat has the fourth largest economy and the ninth largest state population in India.

There were previously no scheduled flights between Bhuj and Ahmedabad, but ATR 42 operator Alliance Air serves Bhuj-Mumbai four times weekly.