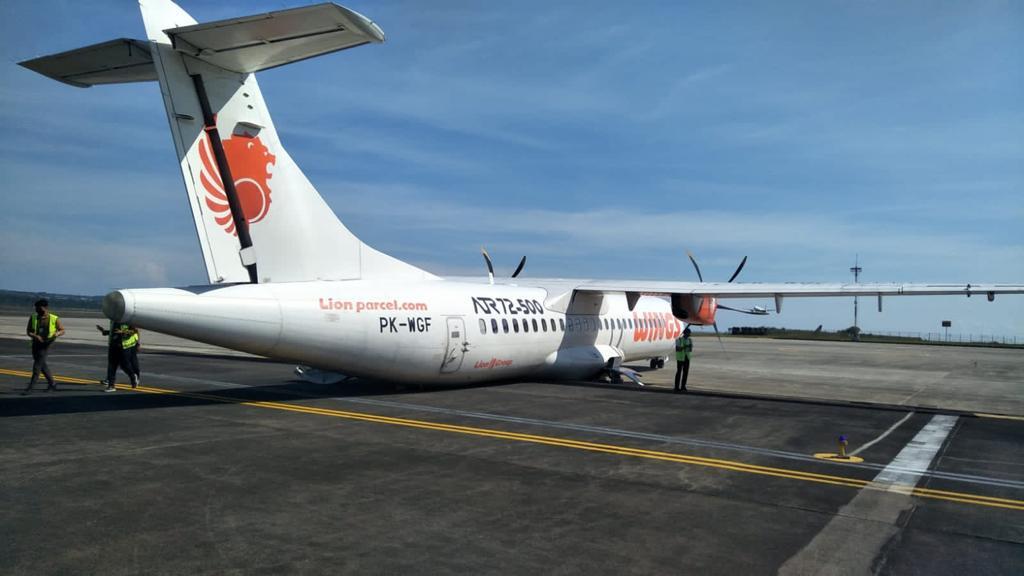 The main landing gear of a Wings Air ATR 72 fell into a drain when taxiing to the gate at Bali’s airport in Indonesia yesterday after landing from neighbouring island Lombok.

The aircraft was taxiing to apron number A.41 when it stopped, and the pilot communicated with airport officers to check, says Danang Mandala Prihantoro, spokesman for Wings Air, which is part of Lion Air Group.

Airport officers who checked found the left and right main landing gear had fallen into the apron drain, he adds.

All the passengers and crew disembarked, says Prihantoro, adding that they were all in good condition. Wings Air continues to coordinate with related parties to relocate the aircraft and the investigation process is still ongoing, he adds. 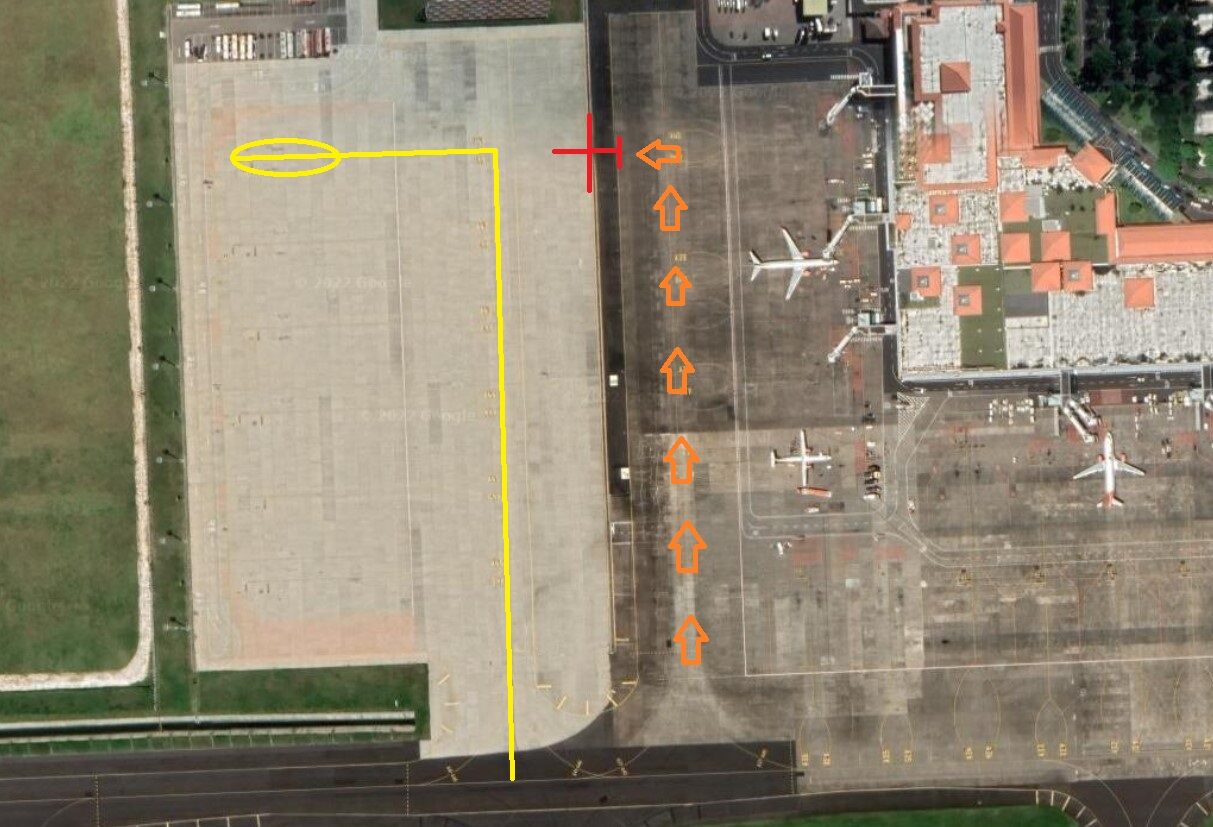 Our illustration shows the taxi route to apron A.41, the yellow oval, using the yellow-lined taxiway. The aircraft has been depicted in red, stuck in the drain facing the left. The taxi route the aircraft took would have been on a parallel taxiway, with the route taken by IW-1963 depicted with orange arrows. 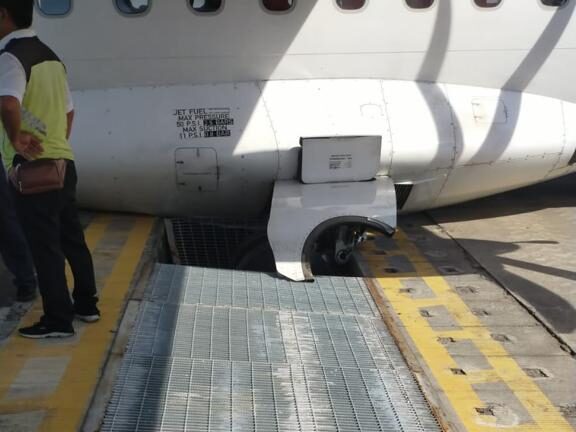 The main landing gear stuck in the drain. (Twitter @GerryS)

The drains painted warning marking in yellow, as seen in the picture, is within a non-movement area of the apron. The parallel taxiways for access to the apron on the left, and gates on the right, are a solid yellow line, which means aircraft are not permitted to cross over the drain. 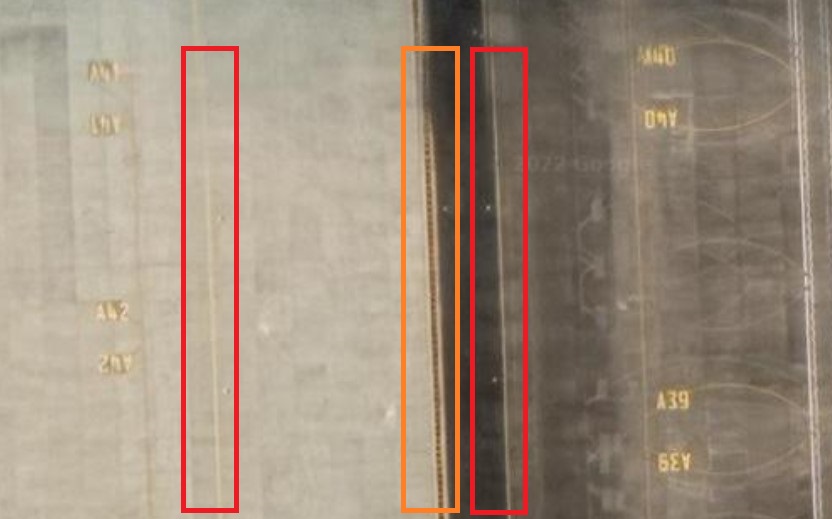 The solid taxiway edge lines on the parallel taxiways marked in the red boxes and drain in orange. (Google Maps)