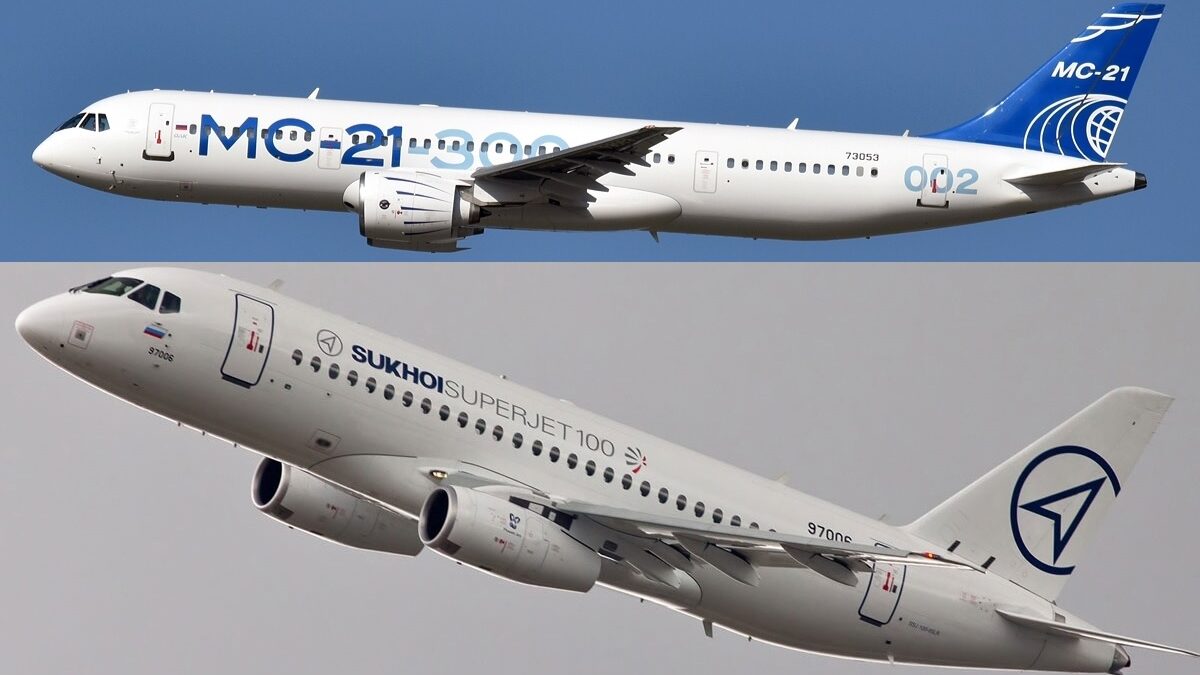 The Russian government has disclosed the Irkut MC-21 and Sukhoi Superjet aircraft programs are moving forward despite sanctions, with certifications planned to be complete by end of 2023.

The MC-21 and Sukhoi Superjet programs are moving forward despite sanctions and unfair competition, says Borisov. Completion of the certification of the MC-21 aircraft with a domestic engine and the replacement of 38 imported systems with Russian ones in the Sukhoi Superjet aircraft are planned by the end of 2023, he adds.

The MC-21 is a domestically produced aircraft intended to replace the Tupolev Tu-154 and Tu-204/214 airliners, and an alternative to foreign made Airbus A320 and Boeing 737 aircraft. Due to current sanctions, the imported Pratt & Whitney PW1000G engine option is unavailable.

Over 80 imported systems and assemblies will have to be replaced on the MS-21 aircraft, Borisov says.

The Sukhoi Superjet is a domestically produced aircraft intended to replace compete against regional jets such as the Bombardier CRJ1000 and Embraer E190 aircraft.

Due to current sanctions, 38 imported systems ranging from avionics to landing gear have to be domestically produced, Borisov says.

The MC-21 will now use the domestically produced PD-14 engine, and the Sukhoi Superjet will use a derated engine version, the PD-8, which is currently undergoing flight testing, as Smart Aviation Asia Pacific previously reported.