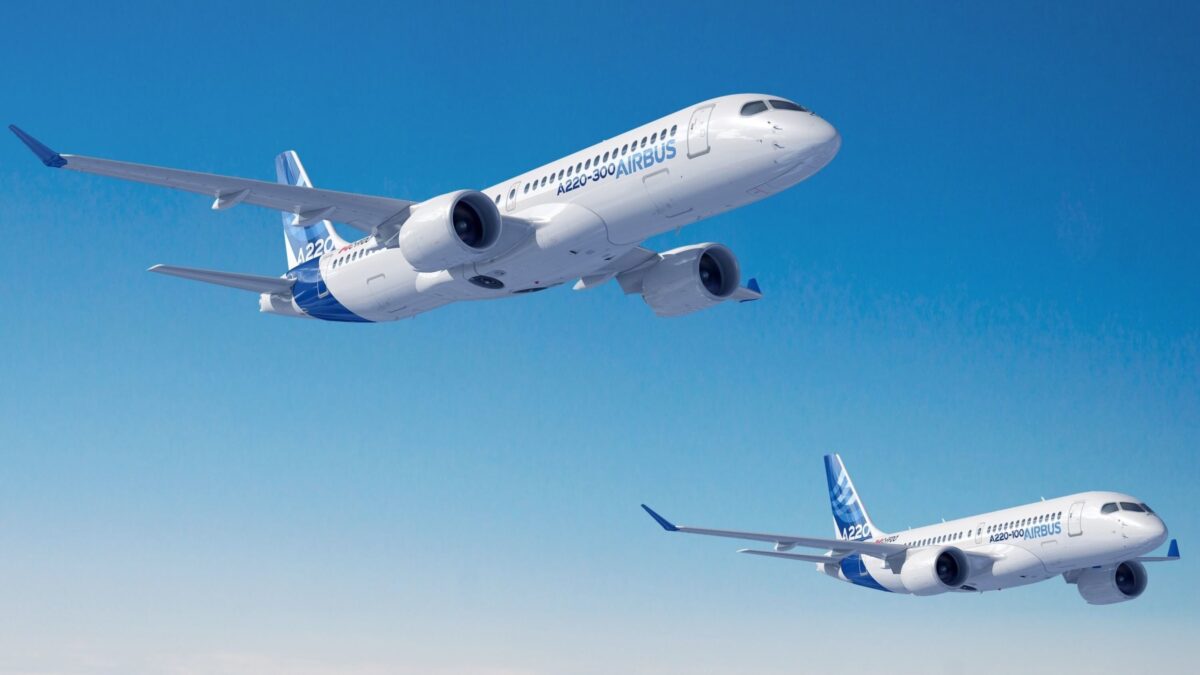 Airbus Sees China As Next Big Market For A220

Airbus is marketing its A220 aircraft to Chinese airlines, seeing potential in non-stop short haul markets in western China.

Airbus has just held an event in China to promote the Airbus A220 for short-haul flights and plans to tap the market potential in western China, reports state-owned newspaper China Daily.

Airbus says it has been speaking with small and medium-sized Chinese airlines for the purchase of its A220 aircraft, the report says.

Aviation industry experts consider the A220 suitable for flights in western China and to second-tier cities in eastern China, the report says.

Airbus has yet to receive the airworthiness certificate for the A220 from the Civil Aviation Administration of China (CAAC), says the report.

Airbus aims to increase the monthly production rate of the A220 to 14 aircraft from six by 2025, it says.