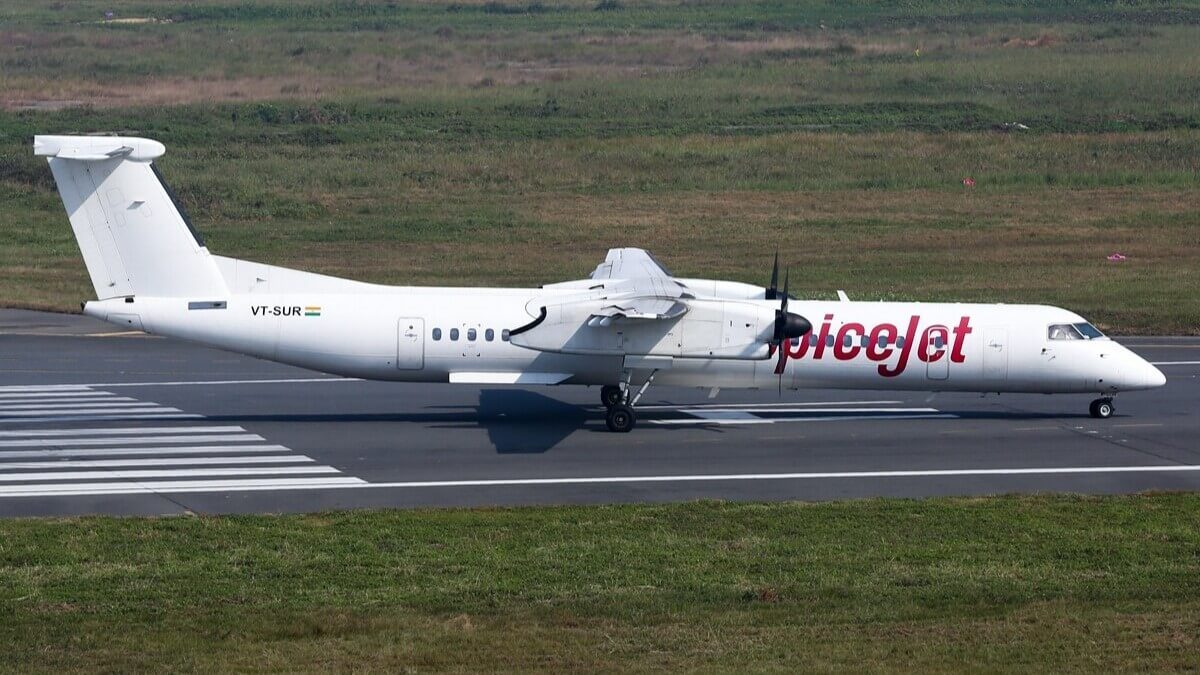 A SpiceJet De Havilland Aircraft of Canada Dash 8-400 experienced smoke in the cabin, leading it to return to New Delhi airport.

The smoke started to increase when the flight reached an altitude of 14,000 ft (4267m), and the flight crew levelled off at 15,000 ft (4572m) and declared an emergency, returning back towards Delhi, it reports.

Video from twitter user @saurabhdigidir as a passenger on the flight showing the smoke in cabin.

Flight tracking software shows that VT-SUR has yet to return to regular flight service since the incident.

Smart Aviation Asia Pacific previously reported on 21 June that a SpiceJet spokesperson reported a different aircraft on the same flight service had to return to New Delhi Airport after reporting cabin pressurization issues.