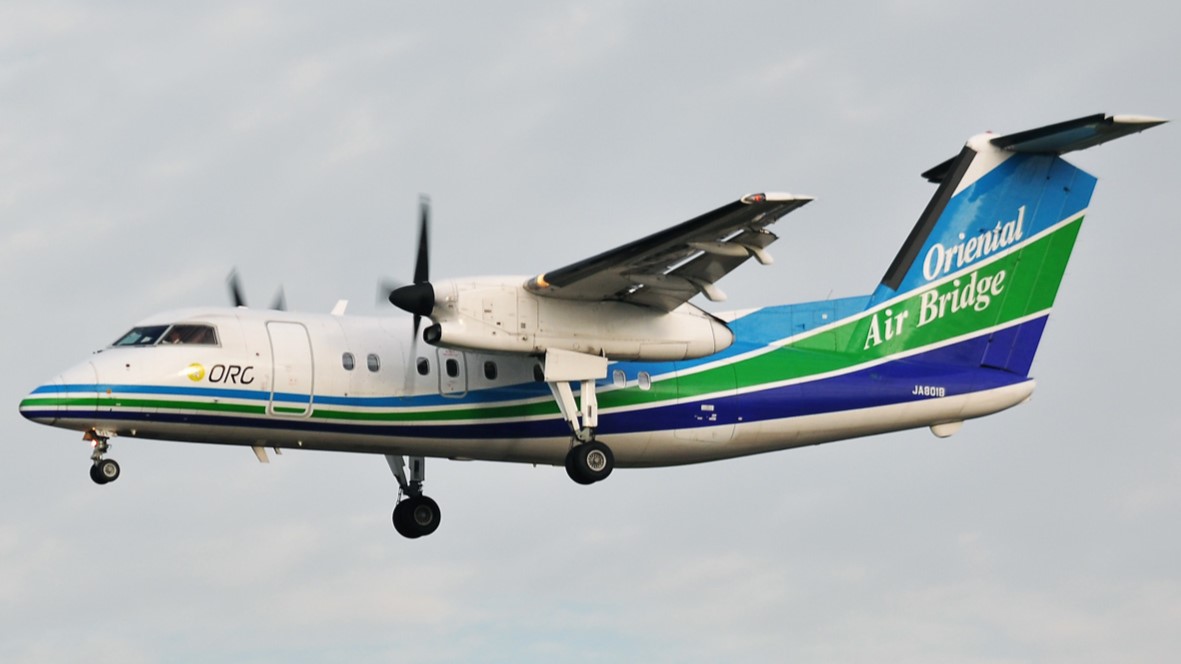 Updated to correct that the scenic flight will run on a biofuel blend instead of 100% biofuel in the fourth paragraph.

In a joint statement the three companies have announced a four-day tour package to the remote island region of Nagasaki prefecture off Kyushu Island’s west coast.

The first tour starts 20 September, and includes a 40 minute scenic flight tour over the Goto Islands, the statement says, referring to some remote islands off Kyushu.

An Oriental Air Bridge spokesman tells Smart Aviation Asia Pacific the scenic flight will use its De Havilland Aircraft of Canada Dash 8-200 and will run on a Euglena biofuel blend.

The special chartered flight will take off and land at Fukue Regional Airport, he says, referring to a small airport on Goto Islands’ main island of Fukue.

The three companies, through this joint venture, will together study ways to achieve sustainable tourism, regional development though a decarbonization and promotion of remote islands, the spokesman says.

The biofuel comes from used cooking oil and algae, and can be used without modifying the aircraft’s turboprop engines, says Euglena, adding that the biofuel meets international technical standards. The Dash 8-200 is powered by two Pratt & Whitney PW123 engines.