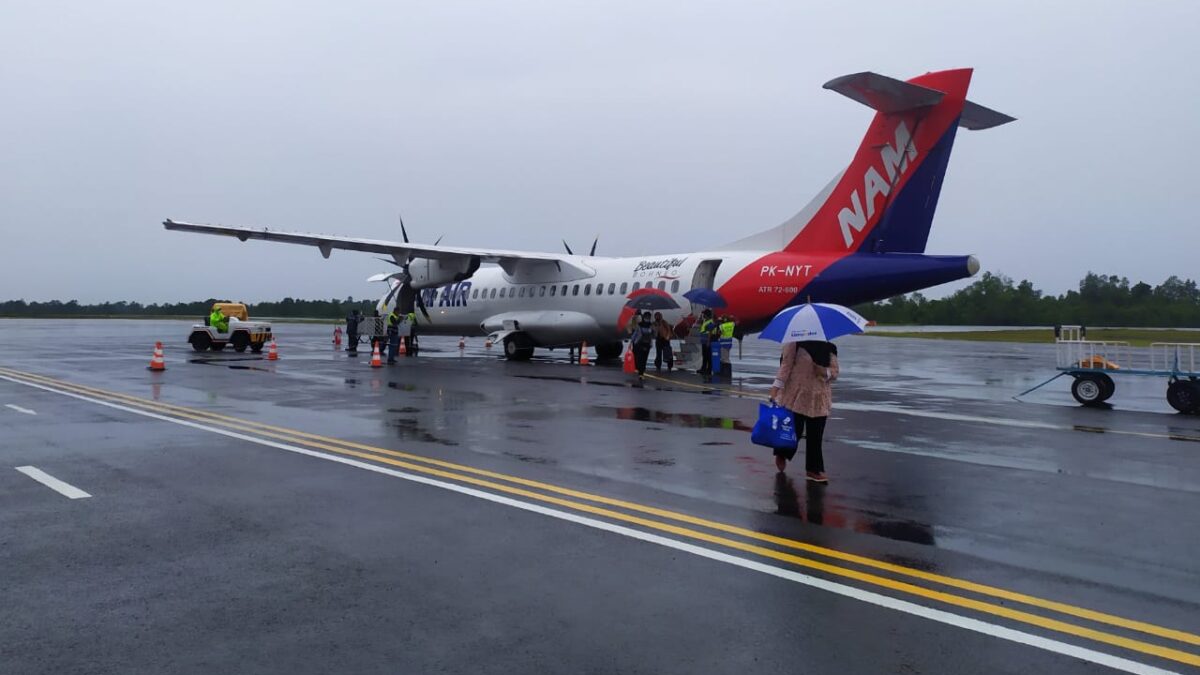 The Indonesian regencies of Kaimana and West Kotawaringin are lobbying for more flights to cater to demand and to boost local industry.

Kaimana, which is in West Papua province, is lobbying for Batik Air to serve Kaimana Airport. West Kotawaringin, which is in central Kalimantan province, wants airlines to serve Iskandar airport.

He says Indonesia’s Ministry of Transportation is building a new airport at Fak Fak in West Papua with a budget of 600-700 billion rupiah (US$40-46 million). Similarly, an airport is also being built at Nabire regency, the new capital of Central Papua province, says Thie.

In the interim, Kaimana can be the hub for these two destinations, he says.

Thie says Batik Air signed a memorandum of understanding last November to serve Kaimana Airport, but one impediment is the airport’s runway which is only 2,000m-long.

He says Batik Air’s jet aircraft need a 2,400m-long runway. Much improvement and upgrading of the runway and facilities are required for Batik Air to begin serving the airport, he says. ATR 72 operator Wings Air is the only airline currently serving Kaimana Airport, he adds.

Head of the regency’s transportation agency, Amir Hadi, says in the past six months more people have been flying but despite this, the number of airlines serving Iskandar airport is limited.

Only three airlines serve the airport, of which two operate ATR aircraft and the other Boeing 737s, says Zuber, the head of Iskandar airport operator unit, who like many Indonesians only goes by one name.