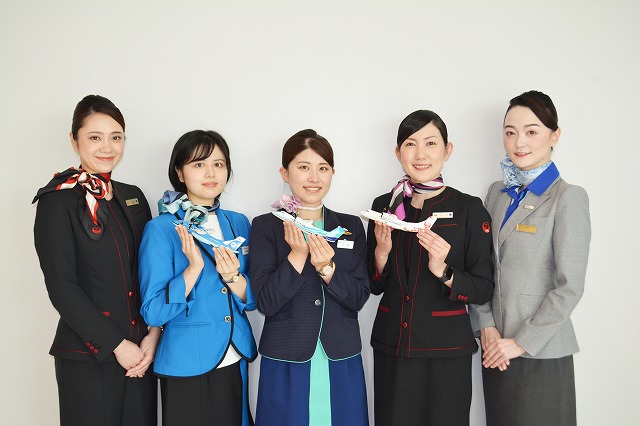 All Nippon Airways (ANA) and Japan Airlines will start codesharing on some regional airlines each has never codeshared with before, as part of a broad industry wide effort to maintain passenger volumes on routes serving Japan’s smaller outlying islands.

ANA was already a codeshare partner of Nagasaki-based Oriental Air Bridge, but now it will be placing its code on Amakusa Airlines and Japan Airlines’ regional carrier Kagoshima-based Japan Air Commuter, the five carriers say in a joint statement. Amakusa Airlines derives its name from the Amakusa Islands off the west coast of Japan’s large southern island of Kyushu.

The Japan Airlines and ANA codeshares will apply to the regional carriers’ flights to outlying islands and come into effect on 30 October, says the airlines.

They add that the reason for this coordinated initiative is to assist regional airlines to boost passenger numbers by tapping ANA and Japan Airlines’ sales and marketing channels.

But Japan’s NHK television station, without citing sources, says the reason behind the move is to bolster the regional carriers’ passenger numbers to smaller outlying islands, because these are markets that are expected to experience a decline in passenger volumes unless action is taken.

Editor’s comments: Japan suffers from an ageing and declining population, something remote outlying island communities are grappling with, arguably, to an even greater degree. ANA and Japan Airlines helping to boost air travel to these outlying islands, is a great initiative.