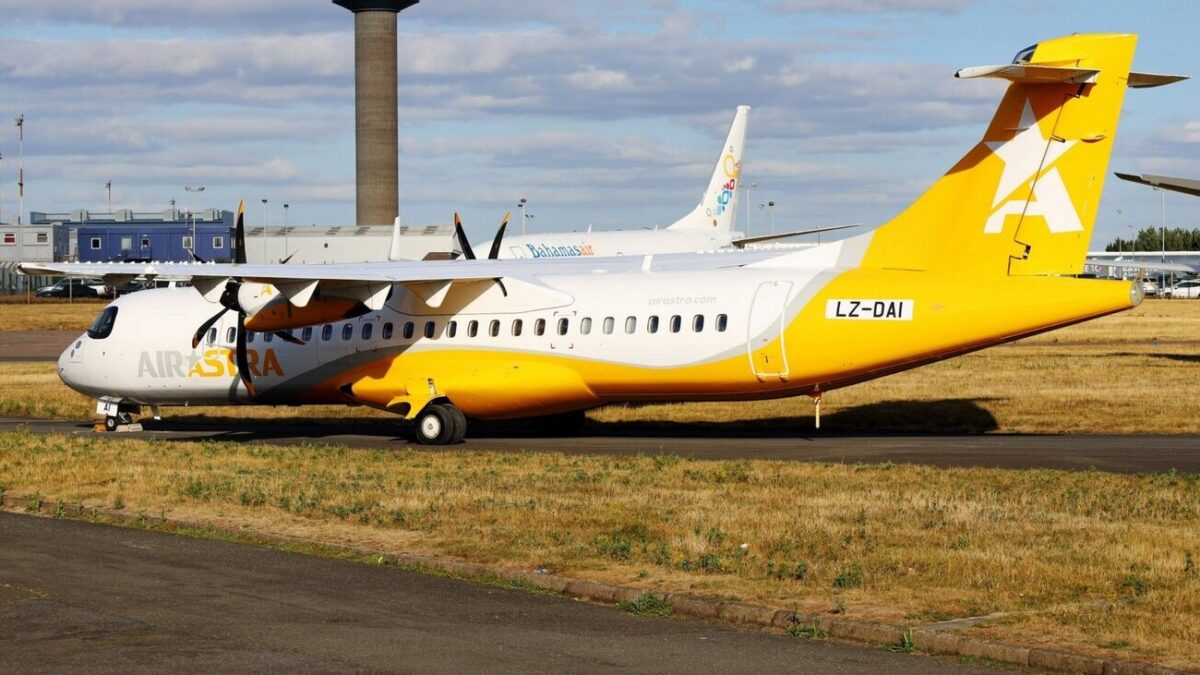 Bangladeshi start-up Air Astra has unveiled its second aircraft, as it awaits to receive its air operator’s certificate.

The airline says in a statement its second aircraft, which is also an ATR 72-600, has rolled out of the Airbourne Colours in the UK sporting a new livery.

The picture issued with the statement shows the aircraft still sporting the aircraft registration, LZ-DAI, under the previous operator, Bulgarian carrier GullivAir.

Air Astra said publicly a few months ago that it hopes to start operations in September and that it has secured three leased ATR 72-600s.

Feature picture, from Air Astra, shows its second ATR 72-600 after it came out of the paint shop at Airbourne Colours in the UK.