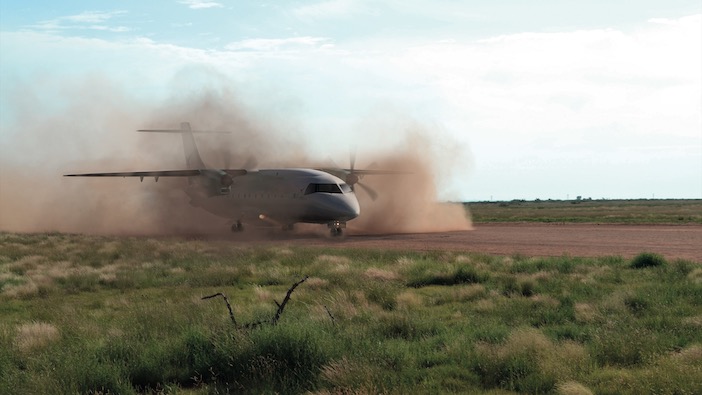 Deutsche Aircraft and Germany’s Heggemann have developed a new landing gear that can be retrofitted on existing Dornier 328 turboprop and Dornier 328Jet aircraft.

The two companies say in a joint statement they have already secured 17 firm orders and nine options for the new landing gear since opening the order book in February and that first deliveries will be in 2024’s second-half.

Besides being retrofitted on existing aircraft, the landing gear will also be on the new-build Dornier 328eco turboprop aircraft currently in development, it says. The Dornier 328eco is a stretched version that is equipped with a new avionics system and Pratt & Whitney Canada PW127XT-S turboprops whereas the earlier model is fitted with Pratt & Whitney Canada PW119 turboprops.

Deutsche Aircraft chief operating officer, Nico Neumann, says: “The certification of the new D328eco landing gear, which is available via a service bulletin and retroffitable to the entire in-service fleet of Dornier 328 turboprop and jet aircraft, [reflects] Deutsche Aircraft’s ongoing effort to support the global fleet. We are glad to have such a strong and committed partner like Heggemann by our side to be able to achieve our ambitious targets.”

Heggemann is a German company involved in the automotive and aerospace industry. For the aerospace industry, it makes complex metal sub-assemblies as well as designs and manufactures components, including landing gears.

It already provides the landing gear for the 19-seat Dornier 228NG, but French company Messier-Dowty, now Safran Landing Systems, is the original landing gear supplier for the Dornier 328 program.

Heggemann CEO, Christian Howe, says developing a new landing gear for the Dornier 328 comes at an opportune time, because regional travel demand is growing and there is a need to supply the older regional aircraft with new spare parts to guarantee continuity of operation.

Feature picture is an artist’s impression, from Deutsche Aircraft, showing a Dornier 328 turboprop landing on an unpaved airstrip.

Editor’s comments: Deutsche Aircraft has said the new landing gear will give the aircraft the capability to land on unpaved airstrips. Considering the world’s largest operator of the Dornier 328 is the US Special Operations Command, which uses the aircraft in places like Africa, this new landing gear would be very useful.

Australia's Alliance Sells Five Fokker 50s For US$3.2 Million To Focus On Jets