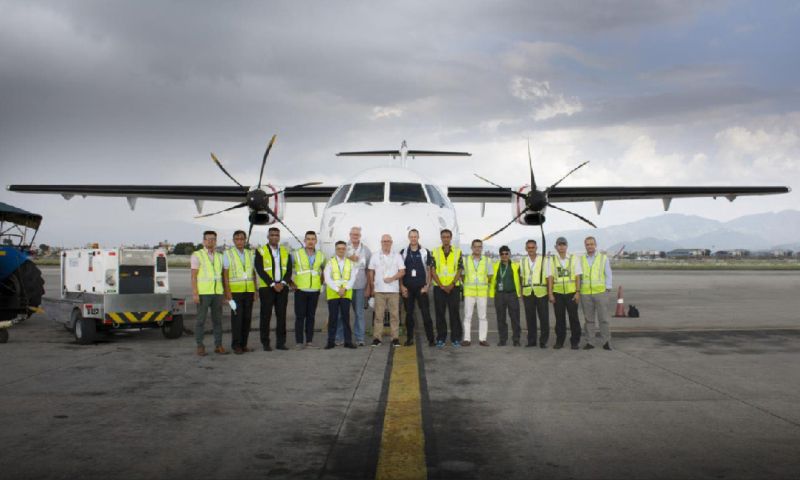 Singapore aircraft lessor Avation has successfully placed its last remaining ex-Virgin Australia ATR 72 and is about to receive about five cents in the dollar from the administrators of Virgin Australia.

Avation says it “has delivered one ATR 72-500 to Nepal’s Yeti Airlines on operating lease.”

“Yeti Airlines is a new customer for Avation and Nepal is a new jurisdiction for Avation. This unencumbered aircraft is the company’s final ex-Virgin Australia ATR 72-500,” it adds.

Avation had 11 ATR 72s and two Fokker 100s leased to Virgin Australia prior to the airline going into voluntary administration in early 2020.

The US$3.5 billion was put into a creditors’ trust. Avation earlier this year issued a statement calling for the trustees to pay it and other lessors’ claims promptly.

Avation now says it “has been advised that it will receive an initial distribution from the Virgin Australia restructuring of 5.4 cents in the dollar on its adjudicated claim of A$101.4 million (US$71 million).”

“Further distributions, based on funds withheld by the trustees and additional funds being made available to creditors, [will be made] should Virgin Australia meet performance targets in future financial years,” it adds.

In a separate development, Avation says it is seeing a recovery in the commercial aviation sector and that on 29 September it will publish its unaudited financial results – for the fiscal year ending 30 June 2022 – showing a net profit.

Feature picture, from Avation, shows the delivery of the ATR 72-500 to Yeti Airlines.